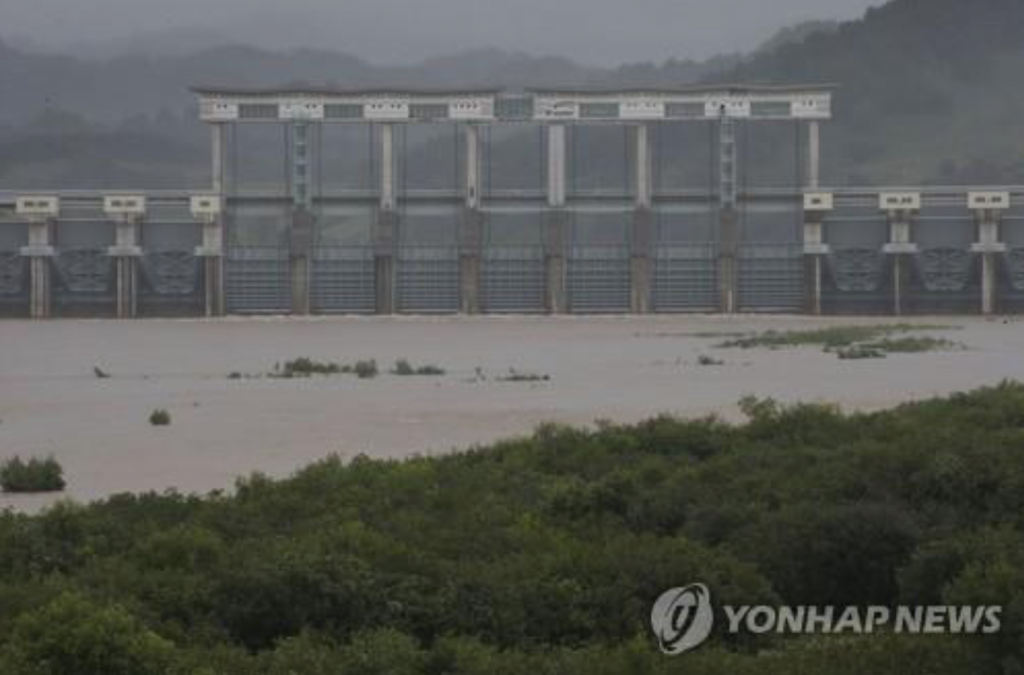 Six South Koreans were killed in September 2009 after North Korea released a massive amount of water from the border dam without prior warning. (image: KobizMedia/ Korea Bizwire)

SEOUL, July 6 (Korea Bizwire) – North Korea discharged water from a dam near the border with South Korea Wednesday, prompting the South to evacuate border-area residents for fears of flooding.

“It seems that North Korea discharged water from Hwanggang Dam at around 6 a.m.,” a South Korean military official said. The North did not notify the South of the dam water discharge in advance despite their previous agreement to do so, the official said.

Still, Seoul ruled out the possibility that the sudden water release has anything to do with flooding attacks, he said.

The water level at the North Korean dam had been detected to have risen to full capacity with the area having massive rainfalls in recent weeks.

Six South Koreans were killed in September 2009 after North Korea released a massive amount of water from the border dam without prior warning.

South Korea aired warning broadcasts in the neighborhoods near the North Korean dam along the western part of the inter-Korean border, urging people to evacuate.