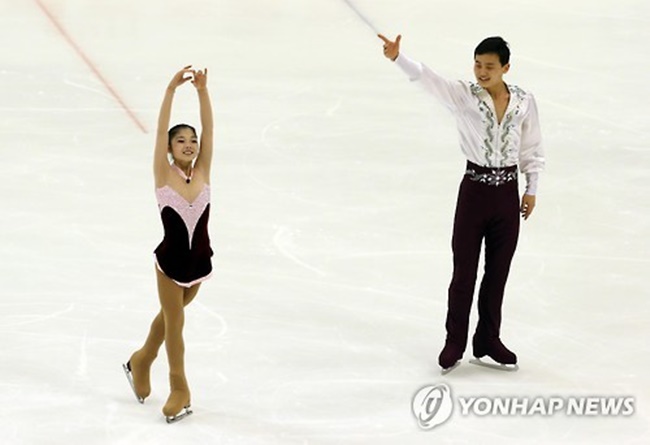 At the Four Continents Figure Skating Championships, held in the Taiwanese capital of Taipei, the duo earned a personal-best total of 184.98 points to finish third. The U.S. team of Tarah Kayne and Danny O’Shea won gold with 194.42 points, followed by another American tandem, Ashley Cain and Timothy Leduc, with 190.61.

The North Koreans ranked fourth after the short program, held on Wednesday, with 65.25 points, but they advanced to third place overall after earning 119.73 points in free skate, the third-highest total in the segment.

This was their first podium finish at the Four Continents Championships. They finished seventh in the 2016 event.

Their performance will be one of the most keenly-observed events at the Feb. 9-25 PyeongChang Winter Olympics, as North Korea will send 22 athletes to the multi-events competition in South Korea.

Meanwhile, South Korean team of Kim Kyu-eun and Kam Kang-chan dropped out of the event due to an injury.