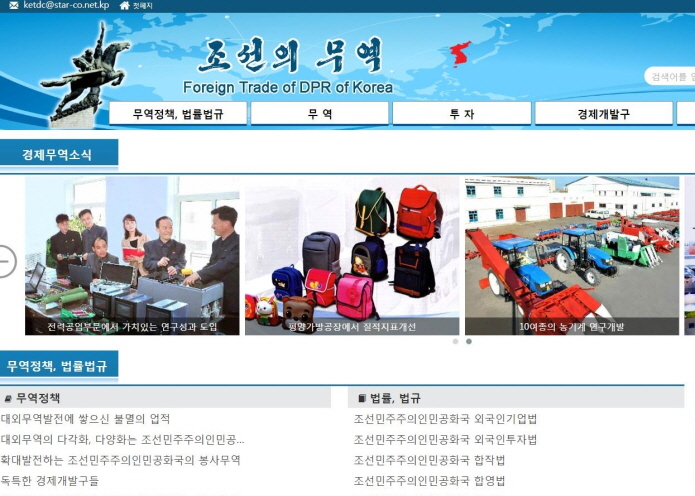 SEOUL, Oct. 15 (Korea Bizwire) — North Korea has recently launched a new website dedicated to external trade and investment in what appears to be a move to induce more foreign investment to aid its economic growth.

The new website seems to be in line with the Pyongyang regime’s April declaration of a bid to concentrate national resources on economic growth.

It carries detailed introductions to 14 investment targets, including hotels, a power plant, railways and restaurants in the Wonsan-Mount Kumgang international tourist zone on the east coast.