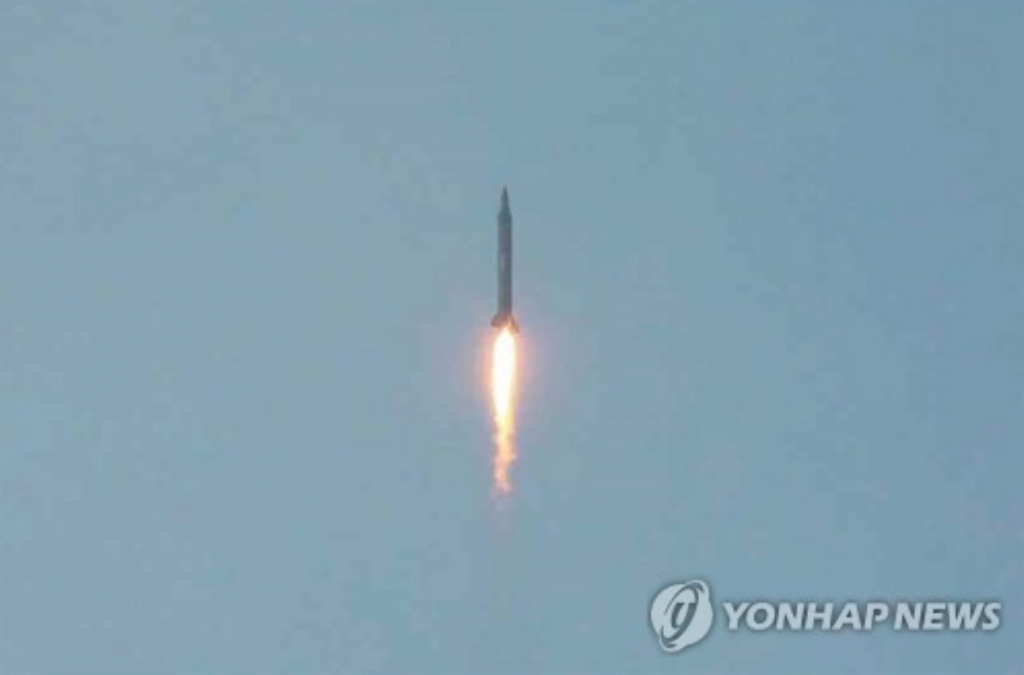 This photo, released by North Korea’s state-run Rodong Sinmun newspaper on July 20, 2016, shows a ballistic missile being fired during a drill at the Hwasong artillery units of the North Korean Army’s Strategic Force to launch ballistic missiles. (image: Yonhap)

The JCS said that the communist state launched the SLBM from waters near the city of Sinpo at around 5:30 a.m.

The military said the missile flew about 500 kilometers, which is an improvement compared with past launches. North Korea’s missile fell in Japan’s air defense identification zone, it added.

Tensions are high on the divided peninsula as North Korea threatened to wage a “pre-emptive nuclear strike” on South Korea and the United States against the allies’ annual military exercise.

Seoul and Washington on Monday kicked off an annual two-week joint military drill involving about 75,000 troops. North Korea has long denounced the joint drill as a rehearsal for a northward invasion, a charge denied by Seoul and Washington.

“North Korea’s launch of the SLBM seemed to be aimed at raising military tension in response to the Seoul-Washington military drill,” the JCS said, adding that the North’s provocation is a clear violation of relevant U.N. Security Council resolutions.

“We will sternly and strongly respond to any provocation by North Korea,” the military added.

Experts said that if the North succeeds in firing off SLBMs, it can pose a fresh threat to regional security as they are particularly hard to detect before they are launched.

Since North Korean leader Kim Jong-un took office in late 2011, North Korea is believed to have test-fired more than 30 ballistic missiles, including an intermediate Musudan ballistic missile, which theoretically can fly as far as the U.S. territory of Guam.

North Korea in the past has claimed breakthroughs in its nuclear and missile programs, saying that it had succeeded in developing a nuclear warhead small enough to be put on a missile. Seoul and Washington have been skeptical about the North’s claim.