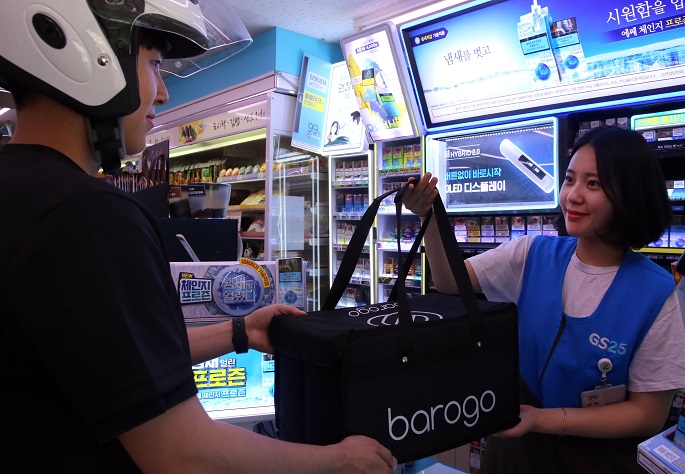 The most popular items ordered during the wee hours of the morning included instant cup noodles, accompaniment dishes and snack foods. (image: GS25)

GS25, a major convenience store chain, announced on Wednesday that it compared the volume of orders between stores running a 24-hour delivery service and the ones offering a delivery service only from 11 a.m. to 11 p.m.

In particular, delivery service orders placed between midnight and 5 a.m. turned out to have accounted for 24.3 percent of daily order volume.

The most popular items ordered during the wee hours of the morning included instant cup noodles, accompaniment dishes and snack foods.

The convenience store chain plans to expand the number of stores offering the 24-hour delivery service up to around 200 by the end of this month.