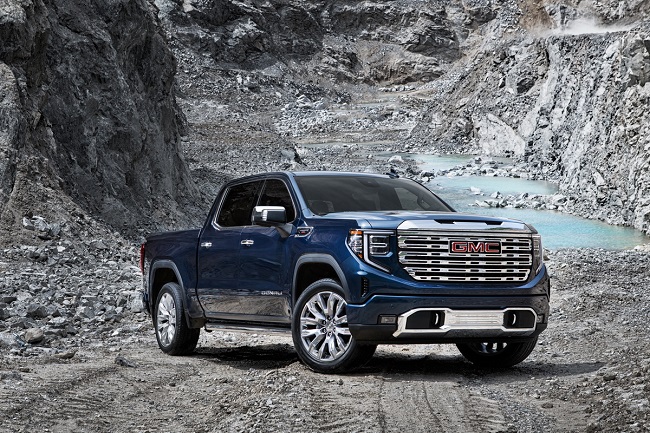 SEOUL, June 22 (Korea Bizwire) — GM Korea Co., the South Korean unit of General Motors Co., said Wednesday it will launch the GMC brand in the second half, with the Sierra Denali set to be released as the brand’s launch model in the Korean market.

GM’s decision to launch the GMC brand is part of the Detroit carmaker’s two-track strategy in which the Korean unit produces compact SUVs in Korea and brings in large-sized SUVs from the United States.

GMC is GM’s premium SUV and pickup truck brand. The Sierra Denali is a premium full-size pickup truck which was unveiled in Korea during a media event held in Incheon on Wednesday.

“Now, we are in the stage of a new chapter for GM in Korea, fulfilling our commitment made in 2018 and turning the spin towards growth with our confident strategy of strong export and multi brands in Korea,” GM Korea Chief Executive Roberto Rempel said.

In 2018, GM vowed to keep its Korean operations running for at least the next 10 years and promised to introduce 15 models from 2018-2023 in exchange for fresh loans from the state-run Korea Development Bank (KDB), the second-biggest shareholder in GM Korea after GM.

The GMC brand will serve as crucial component of the multi-brand strategy in Korea, creating synergy with Chevrolet and Cadillac, Carlos Meinert, vice president in charge of sales, service and marketing at GM Korea, said.

The fifth-generation GMC Sierra shares the same platform as the Cadillac Escalade and Chevrolet Tahoe.

The Sierra Denali comes with a 6.2-liter gasoline engine that generates as much as 420 horsepower and a 10-speed automatic transmission.

Further details, including prices and specifications, will be released later. 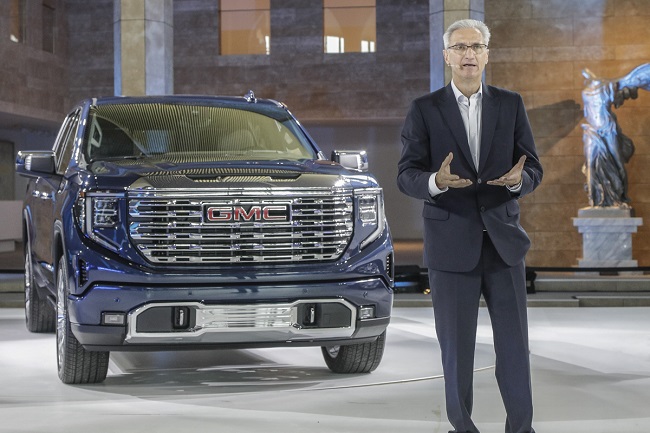 This photo taken June 22, 2022, and provided by GM Korea, shows CEO Roberto Rempel giving a briefing on the company’s plans to beef up the lineup to boost sales in Korea, during a press conference held at Paradise Hotel in Incheon, just west of Seoul.

GM Korea said it will continue to introduce new GM models to the domestic market along with the vehicles produced at its Bupyeong and Changwon plants.

GM plans to introduce the Chevrolet Equinox, Blazer and Silverado EVs, and the Cadillac Lyriq, Celestiq EVs, and the GMC Hummer EV in global markets.

The company said it is “carefully” considering bringing in Cadillac’s luxury electric vehicles, the Lyriq and Celestiq, to meet growing demand for zero-emission models in Asia’s fourth-biggest economy.

Rempel said GM Korea is targeting to reach the breakeven point this year based on its multi-brand strategy.

To achieve the aim, GM Korea said it will also focus on producing a combined 500,000 units a year of the Trailblazer SUV and a new crossover utility vehicle in its two domestic plants from 2023 for local sales and exports.

In recent years, GM Korea has struggled with lackluster sales in South Korea due to lack of new models and the COVID-19 pandemic.

Its lineup is composed of four locally assembled models — the Spark mini car, the Malibu sedan and the Trailblazer and Trax SUVs — and five imported ones — the Colorado pickup, the Bolt all-electric car and the Equinox, Traverse and Tahoe SUVs.