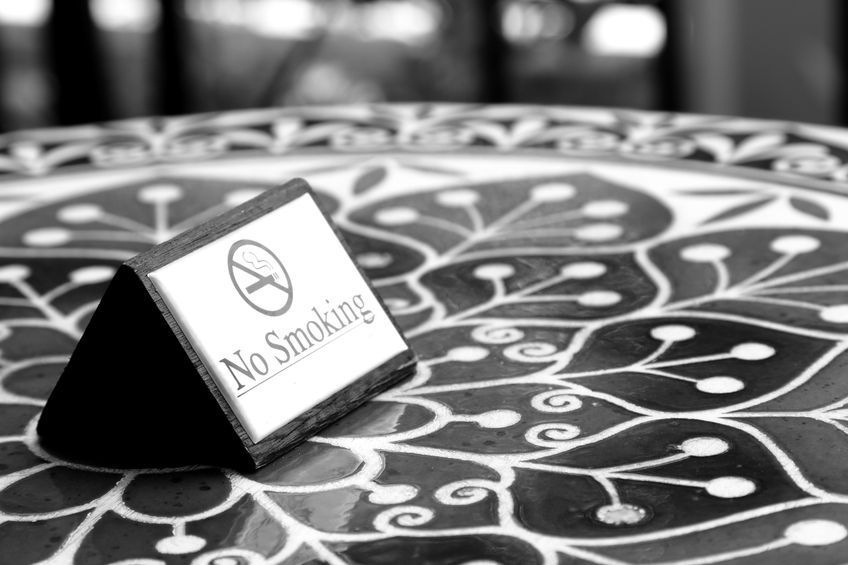 North Korean leader Kim Jong-un, known to be a chain smoker, has not been seen smoking for more than two months. (image: KobizMedia/ Korea Bizwire)

SEOUL, May 19 (Korea Bizwire) – North Korea has actively launched a nonsmoking campaign and even set up research stations across the country to get people to stop smoking, according to North Korean media reports.

In a report picked up in Seoul, the North’s official Korean Central News Agency (KCNA) said non-smoking research stations have been established in provincial capitals and major cities and are in close touch with the Pyongyang-based Non-smoking Research Center.

Their action programs include counseling for smokers and offering nonsmoking health supplements recognized by the World Health Organization (WHO), as well as giving medications for diseases caused by smoking, according to the state media.

Claiming that the anti-smoking campaign has been beefed up across the country in recent years, the KCNA said that work is going on to develop more tobacco substitutes.

North Korean leader Kim Jong-un, known to be a chain smoker, has not been seen smoking for more than two months. He was last seen with a cigarette in hand in photographs released by state media on March 15. At the time he was overseeing a simulation of ballistic rocket re-entry technology that is key to a nuclear-armed ballistic missile hitting a faraway target.

In an earlier report, the KCNA also said that the anti-smoking campaign was helping to cut the number of smokers, while claiming that the North Korean government has reduced the total area of land planted with tobacco “as much as possible.” It also said health warnings are required on cigarette packs sold in the country.

“The number of non-smokers are increasing with each passing day,” the KCNA said, adding the number of male smokers was 8 percent lower in 2013 compared with four years earlier.

Meanwhile, the news service said the production of cigarettes are only allowed at state-approved plants and only under the condition that a warning notice and other necessary marks are displayed on cigarette packs.

According to the KCNA report, North Korea joined the WHO’s Framework Convention on Tobacco Control on April 27, 2005, and has hosted various events on World No Tobacco Day (May 31) every year.