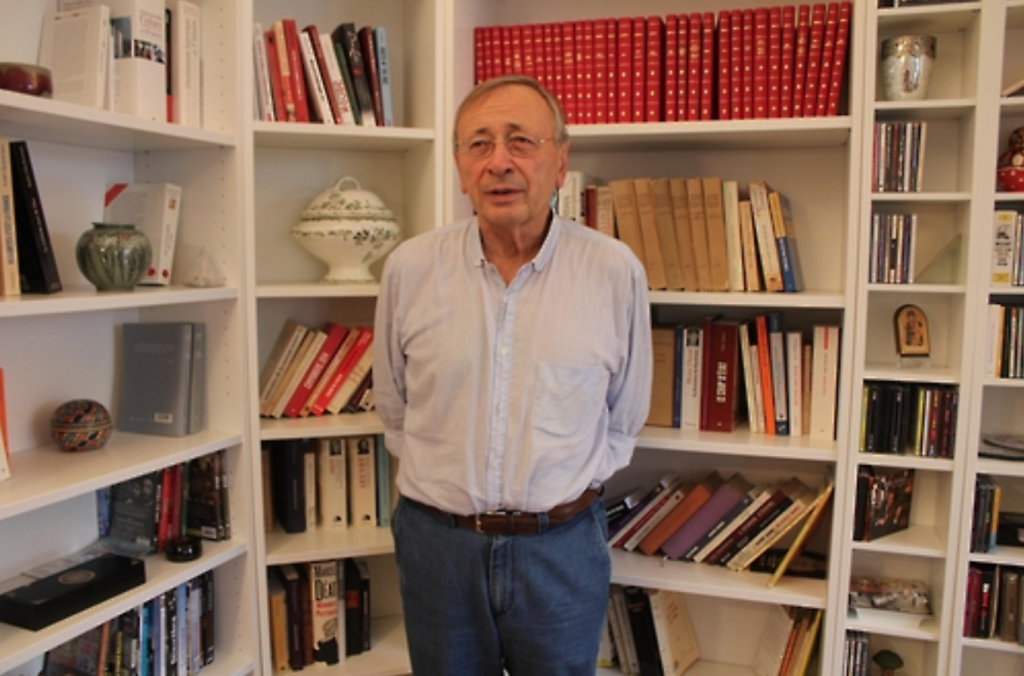 The scholar said that while the world can condemn the North for its string of provocations and impose sanctions that can hurt ordinary people, it will not affect the regime’s overall hold on power. (image: Yonhap)

PARIS, Sept. 19 (Korea Bizwire) – North Korea will eventually collapse like the Soviet Union even if it has nuclear weapons, a French scholar who has studied the reclusive country for many years said.

Pierre Rigoulot, the head of Institut d’Histoire Sociale, told Yonhap News Agency in Paris on Thursday that the key to handling Pyongyang’s nuke standoff is centered on improving the country’s human rights conditions.

He also stressed that it is critical for ordinary North Koreans to get more information about the outside world.

“The North will collapse from within just as the Soviet Union did,” the historian and author of numerous books predicted. He emphasized that the international community and South Korea needs to pay closer attention to the country’s human rights situation.

The reclusive country is frequently cited for its human rights abuses, although its leadership brushes off such allegations as fabrications made up by countries like the United States and South Korea to undermine the regime.

In regards to recent provocations like the detonation of a nuclear device on Sept. 9 and the shelling of Yeonpyeong Island in 2010, Rigoulot said there is no way to be certain that the North and its leader Kim Jong-un will not act irrationally down the road.

He argued that the risks could go up if the country moves forward with its nuclear and missile programs.

The latest nuke test is the fifth of its kind after Pyongyang detonated nuclear devices in 2006, 2009, 2013 and January of this year. The country has made gains in its long-range missile technology having fired off intermediate-range and submarine-launched ballistic missiles this year, despite warnings by other countries to desist.

The scholar said that while the world can condemn the North for its string of provocations and impose sanctions that can hurt ordinary people, it will not affect the regime’s overall hold on power.

“The regime will not be affected because the North is a totalitarian state,” he pointed out, adding that Pyongyang is using money that needs to go to food, medicine and transportation for the development of nuclear weapons.

He pointed out that workers sent abroad are bankrolling such endeavors.

In regards to sanctions, Rigoulot made clear that success or failure will depend on China’s resolve, although he hinted that Beijing does not want North Korea to fail, because that would deprive it of a critical buffer zone with the United States.

The North Korean watcher said that while it may not be easy, he is certain that the North will eventually collapse, especially if more outside information gets into the country.

“Once ordinary North Koreans better understand the outside world, they will be able to make comparisons between their country and others,” he said.

On the role of France and Europe in putting pressure on the North to give up its nuclear program, he said due to limited two-way trade, there is a limit to what countries here can do.

He then said France can ask China to do more to get the North to give up its nukes, and if Pyongyang persists, it can move with other European Union states to cut off formal diplomatic ties with the North.