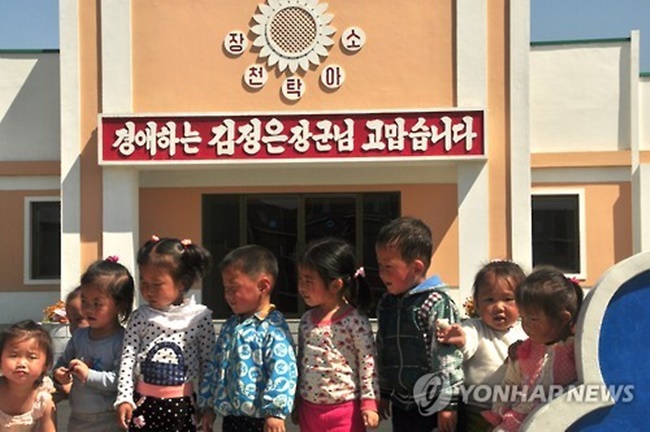 North Korean children in front of a child-care center in Pyongyang. (Image: Yonhap)

According to the U.N. Development Programme’s report on the 2016 Human Development Index (HDI), the life expectancy of North Korean babies born in that year is estimated at 70.5 years, 11.6 years less than 82.1 years for South Korean babies. The HDI evaluates nations based on people’s quality of life involving life expectancy, level of education and standard of living.

The North Korean figure is also shorter than 71.6 years, which is the expected average life span for babies born in 2015 around the world, the index said.