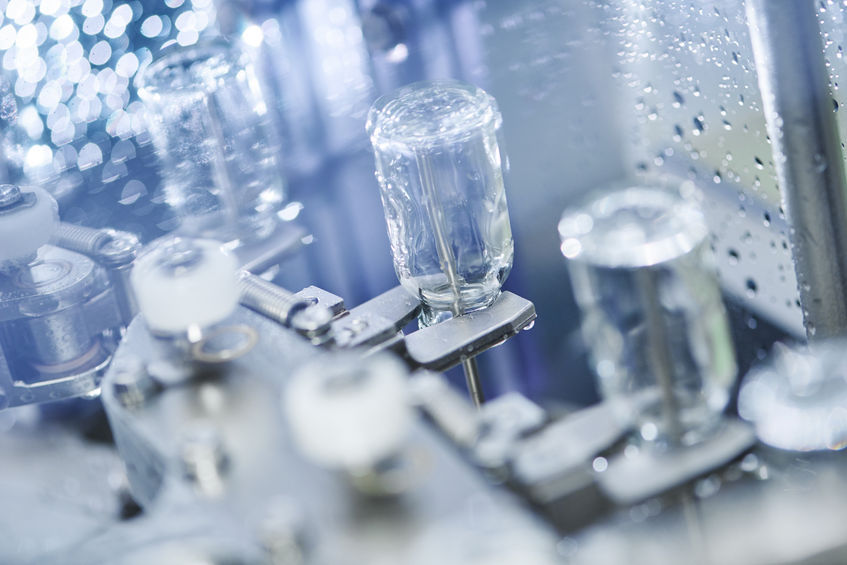 NBTXR3 is a first-in-class product with a new mode of action designed to physically destroy cancer cells when activated by radiation therapy (RT). NBTXR3 is designed to directly destroy tumors and activate the immune system for both local control and systemic disease treatment.

Dr. Sylvie Bonvalot, Head of Sarcoma and Complex Tumor Surgery Unit at Institut Curie, Paris, France and Global Principal Investigator commented: “The medical community was very enthusiastic about the results, presented at ESMO, one of the largest international multicentric studies carried out in Soft Tissue Sarcoma patients following guidelines from the EORTC- European Organization for Research and Treatment of Cancer. The results show unequivocally that NBTXR3 improves current radiation therapy. This should change the standard of care in the treatment of sarcoma but also potentially of other cancers.”

In the Phase II/III Act.in.sarc study, a total of 180 adult patients with locally advanced Soft Tissue Sarcoma of the extremities or trunk wall were randomly allocated, in a 1:1 ratio, to either (i) Arm A, and received a single intratumoral injection of NBTXR3 at the recommended dose (10% of baseline tumor volume) followed by radiation therapy or (ii) Arm B, the control arm, and treated with radiation therapy alone. In both arms, radiotherapy was followed by surgery. The primary efficacy analysis was performed on the intent-to-treat population following the Full Analysis Set principle (ITT-FAS) population as per protocol.

In addition, in the subgroup of patients with a more advanced disease (histologic grade 2 and 3) pathological complete response was achieved in 4 times more patients in the NBTXR3 arm than in the control arm (17.1% vs 3.9%).

Safety profile similarity across study arms
Similar safety profiles were observed in the NBTXR3 arm and the radiation therapy alone arm. NBTXR3 did not impact the patients’ ability to receive the planned dose of radiotherapy and the radiotherapy safety profile was similar in both arms, including the rate of postsurgical wound complications. NBTXR3 was associated with grade 3-4 acute immune reactions in 7.9% of patients, which were manageable and of short duration.

NBTXR3 showed a good local tolerance and no impact on the severity or incidence of radiotherapy-related adverse events.

About Act.in.sarc study
The Phase II/III study was a prospective, randomized (1:1), multinational, open label and active controlled two arm study of the efficacy and safety of NBTXR3 activated by radiotherapy compared to radiotherapy alone in patients with locally advanced Soft Tissue Sarcoma (STS) of the extremity or trunk wall. Patients have been treated with the standard dose of radiation, a total dose of 50 Gy given in 25 fractions of 2 Gy over 5 weeks, followed by surgical resection of the tumor. The primary objective was to evaluate the pathological complete response rate (pCRR)* in both arms. The secondary endpoints included a safety profile and assessment of carcinologic resection rate** in terms of margin status. Efficacy endpoints have been measured on surgically resected tumors by a pathological central review board. The primary efficacy analysis was planned to be performed on the intent-to-treat (ITT) population***. The ITT-FAS population (176 patients) was used for the analysis, and 4 patients were excluded from the ITT-FAS: 3 did not have STS (2 in Arm A, 1 in Arm B) and 1 (in Arm A) was not eligible for preoperative RT.

** The resection margin status is an evaluation of the quality of surgery. Surgery remains the mainstay of care for locally advanced soft tissue sarcoma. The primary surgical objective is the complete removal of the tumor with negative resection margins (R0). Several retrospective studies suggest that surgical margin status predicts the risk of local and distant recurrence. In particular, negative surgical margins are significantly correlated to increased patient survival.

*** Intent-to-treat (ITT) population includes all patients with an informed consent given and a successful and confirmed randomization number allocation through the treatment allocation system (IWRS) with a non-missing date of randomization. All analysis using this population is based on the treatment assigned by randomization. ITT population following the Full Analysis Set principle (ITT-FAS) is considered with specific attention paid to the following cases: Patients randomized and having received no treatment / Patients without any data post-randomization / Patients randomized in spite of the non-satisfaction of a major entry criterion (eligibility violation).

About NBTXR3
NBTXR3 is a first-in-class product designed to destroy, when activated by radiotherapy:

NBTXR3 has a high degree of biocompatibility, requires one single administration before the whole radiotherapy treatment and Nanobiotix believes it has the ability to fit into current worldwide standards of radiation care.

NBTXR3 is actively being evaluated in head and neck cancer with locally advanced squamous cell carcinoma of the oral cavity or oropharynx in elderly and frail patients that are unable to receive chemotherapy or cetuximab and have very limited therapeutic options. Promising results have been observed from the ongoing Phase I/II trial regarding the local control of tumors.

Nanobiotix is running an Immuno-Oncology development program. In the United States, Nanobiotix has received approval from the U.S. Food and Drug Administration (FDA) to launch a clinical study of NBTXR3 activated by radiotherapy in combination with anti-PD1 antibodies in lung, and head and neck cancer patients (head and neck squamous cell carcinoma and non-small cell lung cancer).

About NANOBIOTIX: www.nanobiotix.com
Incorporated in 2003, Nanobiotix is a leading, late clinical-stage nanomedicine company pioneering new approaches to significantly change patient outcomes by bringing nanophysics to the heart of the cell.

The Nanobiotix philosophy is one rooted in designing pioneer physical based approaches to bring highly effective and generalized solutions to address high unmet medical needs and challenges.