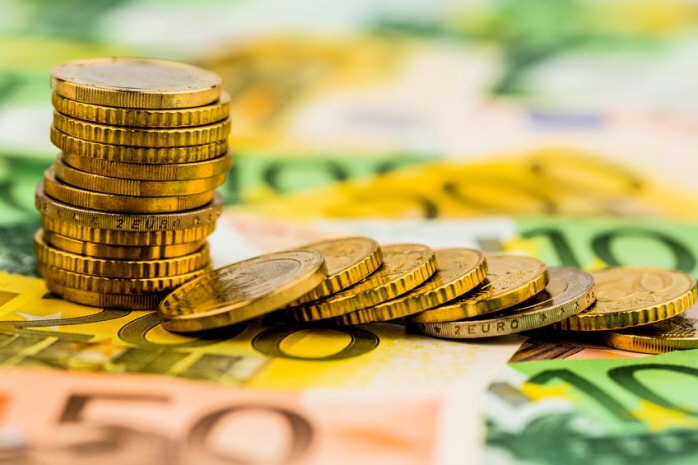 Paris, France and Cambridge, Massachusetts, Oct. 16 (Korea Bizwire) – NANOBIOTIX (Euronext: NANO – ISIN: FR0011341205), a late clinical-stage nanomedicine company pioneering new approaches in the treatment of cancer, announced today that the Company received an initial 16 million euros as the first disbursement under the previously announced non-dilutive loan from the European Investment Bank (EIB).  The financing agreement, which will reach a total of 40 million euros over five years subject to achieving a set of agreed performance criteria, will enable Nanobiotix to accelerate both the development of its NBTXR3 clinical trial in the head and neck cancers indication and will support Nanobiotix’s European go-to-market strategy.

The announcement of the initial disbursement was made yesterday at Nanobiotix’s headquarters in Paris alongside Mr. Ambroise Fayolle, Vice President of the EIB, and Mme Marie-Chrisitine Lemardeley, Deputy Mayor in charge of higher education, research and student life, as well as Mr. Laurent Levy, Chief Executive Officer, and Mr. Philippe Mauberna, Chief Financial Officer, of Nanobiotix.

“The EIB is very pleased to support Nanobiotix in the development of its innovative product NBTXR3 and its market access. This innovation will allow the potential improvement of current cancer treatment efficiency,” said Ambroise Fayolle. He added: “Thanks to the Juncker Plan and EU guarantee, the EIB was able to speed up its financing in favor of medtechs and biotechs in Europe and more specifically in France, as we support these innovators in a key moment of their development.”

Philippe Mauberna, Nanobiotix’s Chief Financial Officer, said: “This initial 16 million euros disbursement was released as a result of the achievement of the requisite performance criteria. As expected, this increase in our cash position will allow us to further advance our global development plan. It is also an opportunity for us to reaffirm our trust in our teams, who are fully dedicated to the preparation and commercialization of this product candidate, which will potentially benefit millions of patients.”

The transaction with Nanobiotix was made possible by the support of the European Fund for Strategic Investments (EFSI). EFSI is the central pillar of the Investment Plan for Europe, more commonly referred to as Juncker Plan, launched by the EIB Group and the European Commission to boost European economy’s competitiveness. France is the number one beneficiary of this Plan since it was launched, with 152 approved operations to this date, corresponding to a global financing amount of 11 billion euros, which will mobilize about 57 billion euros of additional investment.

About NBTXR3
NBTXR3 is a first-in-class product designed to destroy, when activated by radiotherapy:

NBTXR3 has a high degree of biocompatibility, requires one single administration before the whole radiotherapy treatment and Nanobiotix believes has the ability to fit into current worldwide standards of radiation care.

NBTXR3 is actively being evaluated in head and neck cancer with locally advanced squamous cell carcinoma of the oral cavity or oropharynx in elderly and frail patients that are unable to receive chemotherapy or cetuximab and have very limited therapeutic options. Promising results have been observed from the ongoing Phase I/II trial regarding the local control of the tumors.

Nanobiotix is running an Immuno-Oncology development program. In the United States, Nanobiotix has received approval from the U.S. Food and Drug Administration (FDA) to launch a clinical study of NBTXR3 activated by radiotherapy in combination with anti-PD1 antibodies in lung, and head and neck cancer patients (head and neck squamous cell carcinoma and non-small cell lung cancer).

About NANOBIOTIX: www.nanobiotix.com
Incorporated in 2003, Nanobiotix is a leading, late clinical-stage nanomedicine company pioneering new approaches to significantly change patient outcomes by bringing nanophysics to the heart of the cell.

The Nanobiotix philosophy is one rooted in designing pioneer physical based approaches to bring highly effective and generalized solutions to address high unmet medical needs and challenges.

Created by the Treaty of Rome in 1958, the EIB is the European Union’s bank, which, together with its dedicated SME support subsidiary the European Investment Fund (EIF), forms the EIB Group.

The EIB Group is a key player in reviving Europe’s – and particularly France’s – economy through investment. Thanks to its reliable expertise and the financial attractiveness of its AAA rating, the EIB Group has doubled the volume of its activities in France since 2012 (reaching EUR 8.6bn in 2017), not only supporting businesses and innovation but also financing investment in strategic sectors such as climate action, energy, healthcare, housing, education for young people and training infrastructure. Since 2015, the EIB Group has been the operator of the Investment Plan for Europe, commonly known as the Juncker Plan.