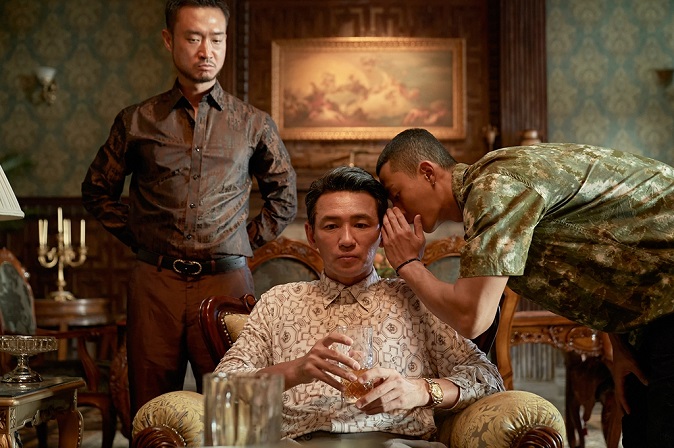 This image provided by Netflix shows a scene in “Narco-Saints.”

The six-part series, released on Sept. 9, marked 27.4 million hours of viewing for the week of Sept. 19-25 to finish No. 2 on the official top 10 list for non-English TV programs available on the service, according to Netflix on Wednesday.

It dropped one notch from the top position a week earlier, while the Mexican biological drama “El Rey, Vicente Fernandez” rose to the No. 1 spot with 33.3 million hours.

“Narco-Saints,” directed by famous Korean filmmaker Yoon Jong-bin, is about a businessman who takes undercover missions to capture a drug kingpin in a South American country.

Three more Korean dramas were included in the top 10 list for the week.

The smash-hit legal drama “Extraordinary Attorney Woo” ranked fourth with a viewership of 16.9 million hours, staying on the popularity table for 12 weeks in a row. The drama had topped the chart for a total of nine weeks since its premiere in June.

The mystery drama “Little Women” landed at No. 5 in its third week of release with 15 million hours, while the Korean soap opera “Young Lady and Gentleman” was viewed for 14.7 million hours over the cited period to finish sixth.