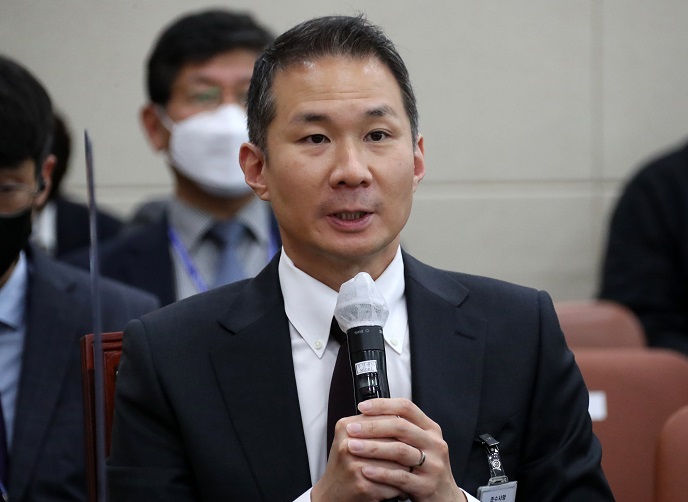 Google Korea head Kim Kyung-hoon testifies during a parliamentary audit at the National Assembly in Seoul on Oct. 21, 2022. (Yonhap)

SEOUL, Oct. 27 (Korea Bizwire) — The National Assembly has decided to refer the head of Google Korea to prosecutors for perjury during the parliamentary audit.

Lawmakers pointed to Kim’s remark that Google Korea’s domestic sales stood at 290 billion won (US$245 million) as the source of false testimony.

Kim was found to have demonstrated insincere behavior at the national audit, where he failed to provide any useful information on Google Korea’s policies and major businesses in the country.

“At a time when political parties are facing extreme difficulties in trying to come up with any kind of consensus at the National Assembly, they were actually in alignment when demonstrating their frustration against the director,” said Rep. Jeong Chung-rae of the main opposition Democratic Party who chairs the science committee.

The Act on Testimony and Appraisal before the National Assembly stipulates that anyone who provides false testimony under oath will be subject to one to 10 years in prison.