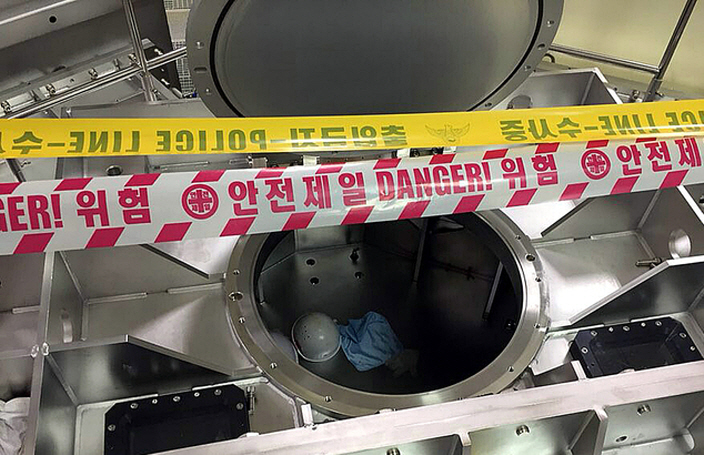 PAJU, May 17 (Korea Bizwire) — The police investigation of the nitrogen leak at an LG Display plant that caused the loss of three lives and three injuries ended with the indictment of 16 employees on charges of negligent homicide four months after the tragic accident.

The police also indicted 11 other LG Display workers and three workers at subcontractors of LG, though without detention.

The police explained that the suspects dispatched three workers from the subcontractors without proper safety compliance, causing their death at the plant and injuries to three LG Display workers.

The suspects did not check the nitrogen valve and ignored regulations mandating confirmation of the air in the room before dispatching workers.

The indicted suspects include one executive and three department heads at LG Display. However, civic groups monitoring toxic materials in industrial areas argued that the punishment was lighter than expected.

They said in a statement, “The police should punish the company itself or its head, not individual workers. To prevent such cases, related laws need to be revised to punish the owners or the corporations themselves.”

The accident happened on January 12 while subcontractor workers went into the TM chamber facility for routine maintenance work.

The nitrogen gas cylinder was opened by mistake, causing the accident, and all three workers were killed. Three others who went into the room to rescue the workers were also injured.

An official at LG Display said, “We cannot make any comments on the police investigation results. However, we will try our best to prevent the recurrence of similar accidents through thorough inspection of the safety system.”