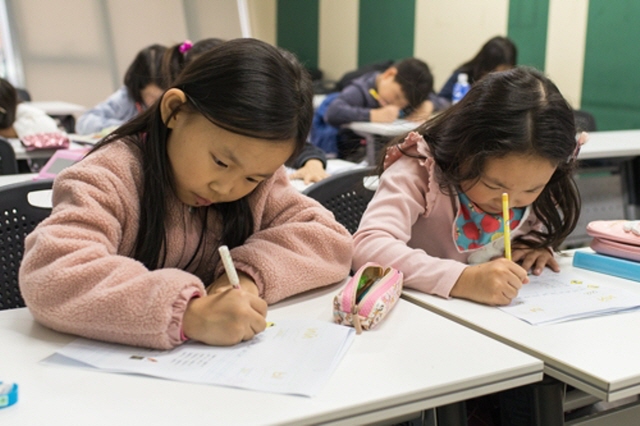 SEOUL, Nov. 20 (Korea Bizwire) — Whenever she visits her hometown of Ulaanbaatar on the vast Mongolian steppe, Seoul-resident Jadambaa Nasanjargal makes a point of returning with children’s books written in her native language.

At home, she reads the traditional folktales to her daughter, translating into Korean as necessary, to introduce her 7-year-old to the language and culture of her homeland 2,000 kilometers away.

But for all her efforts to raise her daughter to be bilingual, Nasanjargal has found, like countless parents before her, that teaching one’s own child is easier said than done.

“When I’ve tried to teach her, she thinks of me differently as her mother, and it seems like she listens better when it’s another teacher,” she said, noting that, besides herself, almost everyone in her daughter’s life, from her husband to kindergarten teachers, communicates in Korean.

Fortunately for Nasanjargal, she now has help.

Since March of this year, her daughter Kim Ji-woo has been attending a weekly Mongolian-language and culture class at the Seoul Global Center, an organization set up by Seoul City Hall to provide counseling and other services for foreigners.

The program, now in its third year, aims to help students of Mongolian heritage, in particular those from multicultural Mongolian-Korean families, learn their foreign parents’ language and culture in a country where that can be difficult or even discouraged.

“The idea is, if they get the opportunity to go back to Mongolia and visit their extended family, they’ll be able to carry on a conversation with grandma,” Paul Carver, director of the Seoul Global Center, said.

Until a few years ago, Carver said he would hear of in-laws that pressured foreign-born mothers to assimilate completely to Korean culture and use only Korean with their children.

Some families have reportedly feared that a child who learns two languages might speak neither fluently.

But social attitudes toward bilingualism seem to be changing as South Korea becomes more cosmopolitan, according to Carver, with 2.37 million foreigners living in the country as of last year.

“(From our point of view), we want children to obviously fully adapt to Korean society but also celebrate that they have this whole other side to them that they got from their mother or from their father, and be aware of that,” he said. 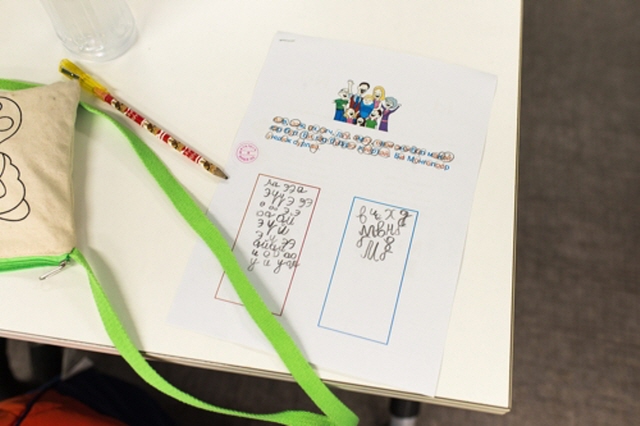 The Seoul Global Center’s native-language program has its origins in a town hall meeting that the Mongolian president held with Mongolians residing in Seoul during a 2016 visit, Carver said.

The participants told the head of state that they wanted a class where they could send their kids for Mongolian lessons.

The request jump-started planning and led to the current arrangement under which the Seoul Global Center furnishes classroom space and the Mongolian Embassy provides the curriculum and teacher to run the course.

On a Sunday morning earlier this month, 10 students in the beginner-level course sat in a classroom in central Seoul and watched as their teacher, speaking Mongolian interspersed with Korean, showed how to write Cyrillic letters in the correct stroke order.

The demonstration inspired an ebullient “Aha!” from 7-year-old Nomun Erdene, seated in the front wearing a pink Disney dress.

“The class is a little hard, but my daughter can meet other Mongolian kids like her and study Mongolian with them, so she wants to go and likes the class,” Tsogt-Ochir Tungalag, Nomun’s mother, said.

Nergui Unurtsetseg has taught the Mongolian class from the beginning, estimating that about 100 students have gone through the program over the past three years.

She said she felt compelled to take the job because, as a teacher, she had encountered many Mongolian youth living in Korea who didn’t know their own heritage.

“It always left me heartbroken,” she said. “I thought that if I gave a little effort, it would be helpful to these Mongolian kids.”

The curriculum, divided between beginner and intermediate classes, covers reading, writing, speaking and listening, and also features two cultural field trips that parents can join, one each in the spring and fall.

Many multicultural students struggle at first, Unurtsetseg said. Difficulties include Mongolian’s two alphabets — Cyrillic and traditional Mongolian — and an assortment of unfamiliar sounds.

But she said the students, ages 7-12, are quick studies and benefit from their exposure to Mongolian at home. 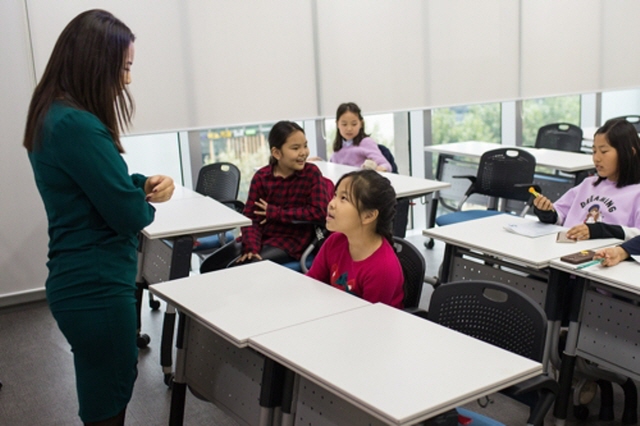 Mongolian-language teacher Nergui Unurtsetseg (L) talks to a student in an intermediate-level class at the Seoul Global Center in central Seoul on Nov. 10, 2019, before beginning a lesson. (Yonhap)

Parents said they have observed improvements in their children’s vocabulary, speaking and especially writing ability after several months of study.

“There are a lot of parents who would like to apply to this program,” said Tungalag, a graduate student who wants to prepare her daughter to attend school in Mongolia once they eventually return.

“But because there is limited space, they can’t apply. So I wish there were more classes like this.”

Based on the success of the Mongolian class, and recognizing demand from other immigrant groups, the Seoul Global Center earmarked about 50 million won (around US$42,900) to establish similar programs for additional minority languages this year.

The center awarded the funds to four local community organizations — including one headed by Philippine-born former lawmaker Lee Jasmine — to run programs for Vietnamese, Russian and Tagalog at locations across the city.

The Mongolian Embassy has also duplicated the Mongolian-language course in Suwon, south of Seoul.

“Obviously if you want to learn English, there’s a billion ‘hakwons’ you can go to,” Carver said, using the Korean word for after-school academies. “There’s not so much availability for other languages.”

Looking ahead, Nasanjargal hopes that her daughter Ji-woo will be better able to communicate during summer trips to Ulaanbaatar as a result of studying Mongolian.

She has already done well during past visits. Her mom said she quickly acclimates to life at high elevation, munching on favorite foods like fried dumplings and conversing with relatives.

The soon-to-be elementary schooler inhabits two worlds, enjoying both Korean and Mongolian meals, speaking both languages and playing with peers from both countries.

“She knows almost all the traditional Mongolian folktales,” her mom said, “as well as the Korean ones.”