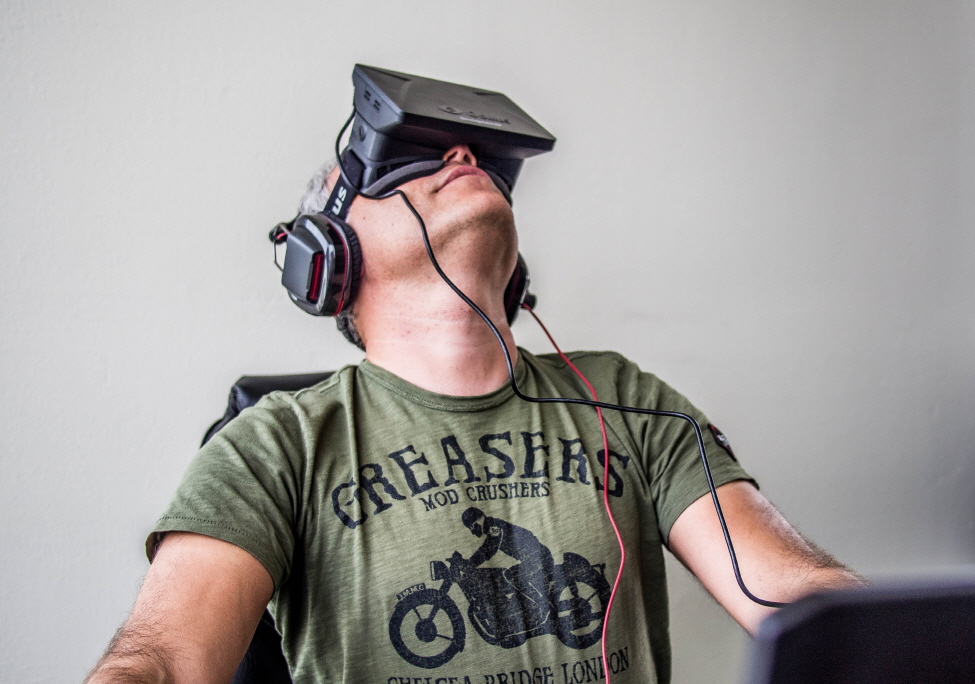 A VR headset is needed to properly experience the new content, which is formatted for 180-degree stereoscopic head tracking. (image: Public Domain)

Using a VR headset, males will be immersed directly in Naughty America’s first person point-of-view scene, with Benz and Taylor standing seductively before them, elevating the user to a new height — a more sensitized, sexual plane.

“Our customers want to get as close to reality as they can get, without reality getting in the way,” Naughty America CEO Andreas Hronopoulos said.

A VR headset is needed to properly experience the new content, which is formatted for 180-degree stereoscopic head tracking. While various devices are compatible, for the best experience, Naughty America suggests using the Samsung Gear VR for Android users, the Homido Virtual Reality Headset and Mobile VR Station app for iPhone users, or the Oculus Rift.

“It is so awesome to see Naughty America stepping into the VR game early on. Please keep them coming. I signed up for a year instantly when I saw you guys doing VR,” one of the site’s members posted.