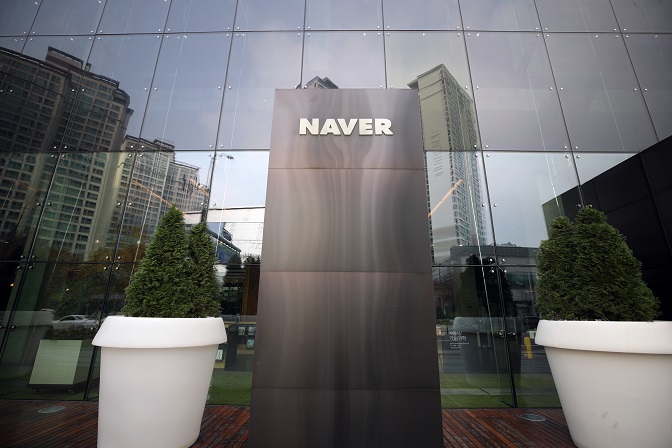 SEOUL, Jan. 27 (Korea Bizwire) — South Korea’s top internet portal operator, Naver Corp., said Thursday its net profit jumped nearly 20 times in 2021 from the previous year on the back of the non-contact trend amid the COVID-19 pandemic.

For the fourth quarter of last year, Naver reported a net profit of 235.7 billion won, down 38.6 percent from a year earlier.

The company’s flagship search platform, which covers its ads business, also grew, with its sales jumping 15.2 percent on-year to 886.9 billion won during the cited quarter.

Revenue from Naver’s commerce business in the fourth quarter increased 6.6 percent on-year to 405.2 billion won thanks to a steady growth of the live-streaming shopping platform, Shopping Live.

The amount of transactions on Shopping Live jumped 4.7 times on-year during the cited period, Naver said. The platform launched in July 2020.

Sales from the fintech sector also surged 46.8 percent on-year to 295.2 billion won in the cited quarter on the back of the growth of its mobile payment platform, Naver Pay.

The transaction amount of Naver Pay reached a record high of 10.9 trillion won during the quarter due to more member stores, Naver said. An average of 16 million people use the service every month.

Revenue from its cloud business added 25.2 percent on-year to 107.2 billion won in the fourth quarter as demand grew amid the remote working trend due to the pandemic, leading to more clients.

Content sales surged 67.9 percent to 233.3 billion won over the same period due to increased global demand for its webtoons.

Naver said the annual transaction amount of Naver Webtoon surpassed 1 trillion won last year for the first time on the back of popularity of its K-pop sensation BTS content.

Last year, Webtoon Entertainment created various locally made webcomics and other kinds of intellectual property (IP) content based on BTS and other K-pop artists under their management company, Hybe Co.