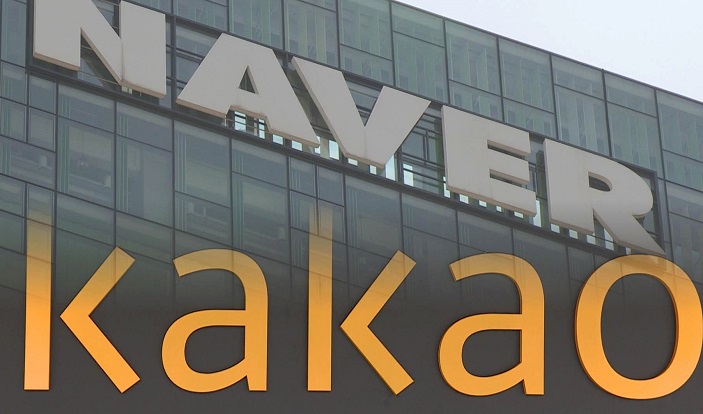 SEOUL, Aug. 19 (Korea Bizwire) — Naver Corp. and Kakao Corp., the two major South Korean tech companies, drastically cut their outside investments in the first half of this year, in stark contrast to last year when they invested heavily in the acquisition of startups.

Naver invested a total of 44.6 billion won (US$33.6 million) in 21 companies in the January-June period, according to its financial statement, down 97 percent from 1.4 trillion won a year ago.

Among its outside investments, the biggest one was the establishment of NW Media Contents Inc. in Los Angeles.

Naver invested 10.7 billion won to establish the company, which specializes in supporting the production of webtoons in a video format. Other investments were primarily of modest amounts targeting initial-stage startups in South Korea and abroad.

Meanwhile, Kakao made only two outside investments in the first half of the year, and neither were acquisitions of outside companies but rather the establishment of a subsidiary and a joint venture.

The move is in contrast to last year when it bulked up its corporate size by acquiring a string of startups, including online shopping platform Zigzag and live commerce platform Grip.

After facing criticism over the expansion of its corporate size starting last year, Kakao plans to reduce the number of subsidiaries under its umbrella by 30 to 40 by the end of this year.

Industry experts noted that the two platform companies have entered the phase of ensuring internal stability, while avoiding large-scale investment primarily due to the economic slowdown.