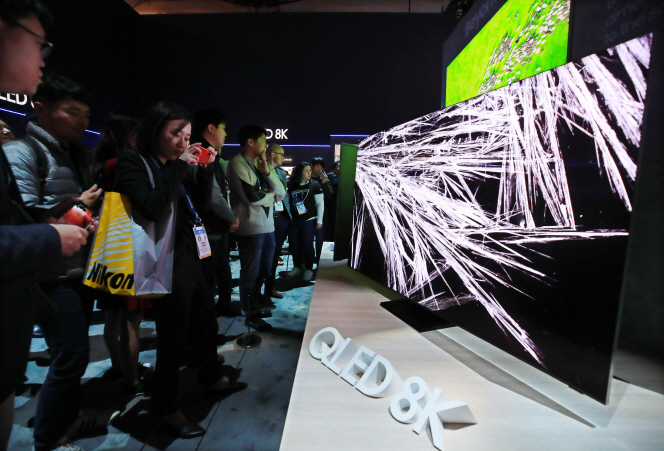 Despite this pitch, however, consumers have seen little need to move up from the currently ubiquitous 4K displays.

According to a report released on Wednesday by the IT market research firm Omdia, 8K TVs are expected to have a mere share of only 0.1 percent of the global TV market this year.

The report predicted that 8K TV’s share in the global TV market would remain low at 0.3 percent next year and may reach only 1 percent in 2024.

Omdia drastically revised downward its estimate for this year’s 8K TV shipments compared to the figures it predicted in the first quarter of last year.

Omdia slashed its estimate for this year’s 8K TV shipments from 854,000 units to 250,000 units, down more than 70 percent from its previous estimate.

Omdia’s estimate for this year’s overall TV shipments was also revised downward by about 12 percent.

When it comes to the domestic market, 8K TV has an even more pathetic presence. Omdia predicted that only 3,700 8K TV units would be sold in South Korea this year, with its share in the nation’s TV market estimated to be around at 0.1 percent.

8K TV’s share in the domestic TV market is expected to remain near zero percent, reaching only 0.6 percent in 2024.