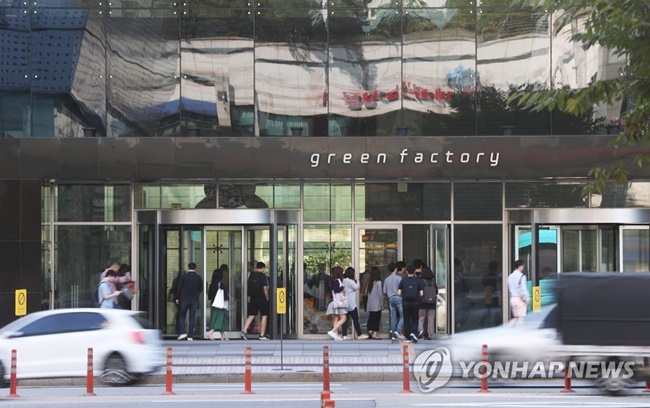 Operating income reached 1.17 trillion won (US$1.1 billion) on sales of 4.67 trillion won in 2017, marking on-year rises of 7 percent and 16.3 percent, respectively, the company said in a regulatory filing.

For the fourth quarter of last year, sales soared 16.7 percent on-year to a quarterly record-high of 1.26 trillion won.

The company, however, said its net profit came to 291 billion won on a consolidated basis in the October-December period, only up 0.3 percent on-year from the same period last year

The company attributed the sharp increases in sales and profit to a steady rise in overseas sales and advertising.

Revenue from its business platform surged 16.9 percent on-year to 574.4 billion won in the fourth quarter, helped by new mobile products and an improved mobile platform.

Revenue from its search-related business increased 4.7 percent on-year to 574.4 billion won during the same period, helped by a strengthened mobile search engine, the company said.