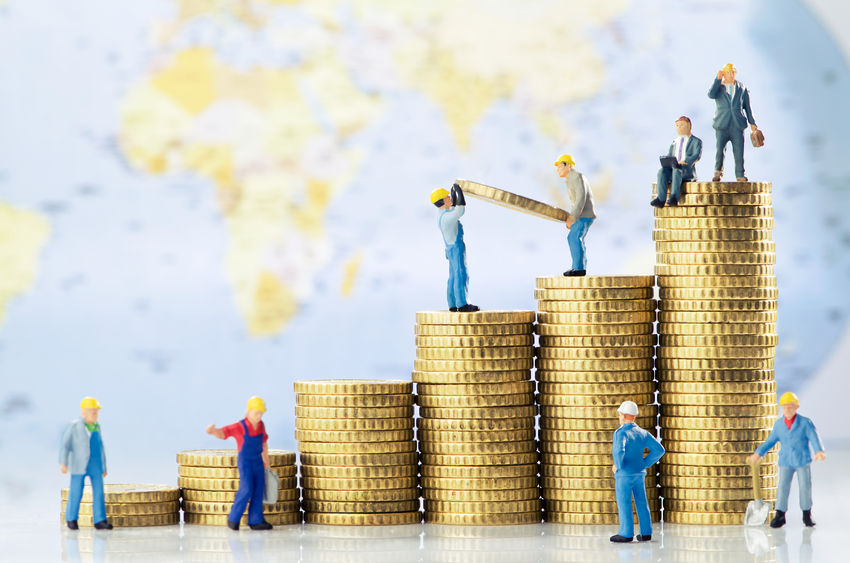 As of 2014, the average salary at American companies with over 500 workers was estimated at $4,618, while companies with fewer than five workers on average paid $3,532. (Image: Kobiz Media)

SEOUL, Sept. 13 (Korea Bizwire) – The average salary of workers at conglomerates in South Korea is over three times higher than those working at a small-sized companies, a new study has claimed.

Findings from a study on wage gaps between companies conducted by researcher Roh Min-sun at the Korea Small Business Institute show the average monthly salary at large South Korean companies with over 500 workers, when measured by purchasing power parity, is estimated at $6,048, nearly 3.2 times higher than that of small-sized enterprises, which came in at $1,894.

Roh argues the wage gap between salaried workers depending on the size of their company is much larger than in countries like the U.S. and Japan.

As of 2014, the average salary at American companies with over 500 workers was estimated at $4,618, while companies with fewer than five workers on average paid $3,532.

The study also found that around 2010, the average wage of salaried workers at South Korean corporations began increasing rapidly, leaving behind the incomes of both American and Japanese workers, as well as South Korean workers at small-sized companies.

In 2010, the average monthly salary of workers at South Korean corporations surpassed that of Americans by 15.4 percent, according to purchasing power parity, but the figure rose to 31.6 percent in 2014, more than doubling within the space of only four years.

The average salary South Korean corporations paid to workers surpassed that of their Japanese counterparts by 33.8 percent, but the figure also grew to 54.5 percent in 2015, an increase of 207 percent growth in only five years.

“To combat the widening salary gap between corporations and small companies, incentives should be expanded for corporations to increase their spending to improve the welfare and salaries of those working for their business partners,” Roh said.

Roh also urged the government to do more to provide support for SMEs that recognize and reward the contributions of their workers, such as increased productivity and cost cutting.