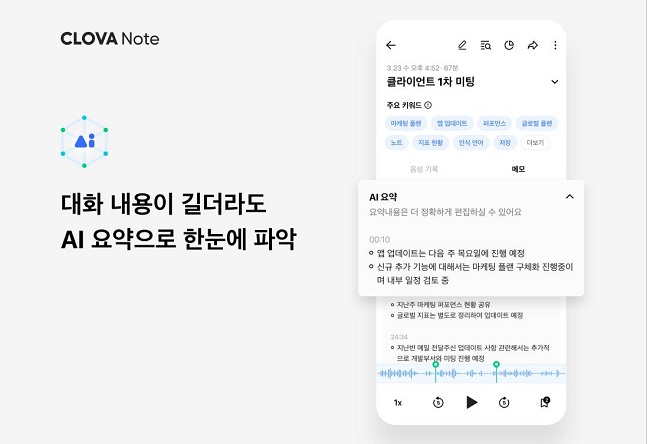 The new function makes use of Naver’s supersized AI platform HyperCLOVA to divide the section of dialogue by theme and automatically summarize key information.

Naver noted that it was the first time for HyperCLOVA to be used directly in CLOVA Note. HyperCLOVA can understand Korean and naturally create sentences by learning language models.

The summary function is available up to ten times a month. The supported languages will be expanded, starting with Korean.

For the Android version, Naver also added a new function that enables users to upload recorded call files onto the CLOVA Note server after a preview.

In addition, a download option is added that allows users to check the share of dialogue among participants and to download voice records not only in text files but also in MS Office Excel and Word and files.