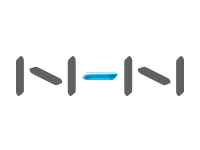 SEOUL, May 8 (Korea Bizwire) – Thanks to the rising global sales, Naver achieved 638 billion won of sales during the first quarter of this year. Its operating profit and net profit recorded 189.8 billion won and 128.9 billion won, respectively.

Over the same period of the previous year, its operating earnings grew 23.9 percent thanks to overseas sales like its messenger app Line and its operating profit and net profit increased 50.5 percent and 17.5 percent, respectively, with reduction in advertising expenses.

Meanwhile, the sales related to the Line business skyrocketed to 145.2 billion won, up 115.7 percent from the first quarter of 2013.