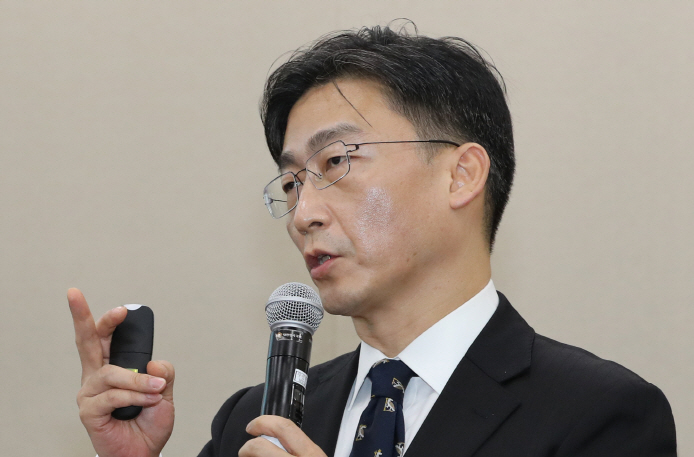 Lee Guk-jong, a trauma doctor of Ajou University Hospital, speaking during a parliamentary session at the National Assembly in Seoul on Oct. 24, 2018. (Yonhap)

SEOUL, Nov. 20 (Korea Bizwire) — The Navy will promote a renowned trauma surgeon to honorary commander next month for his contribution to enhancing the armed service’s image with his medical and public activities, its officials said Tuesday.

Lee Guk-jong of Ajou University Hospital, best known for saving Seok Hae-gyun, the captain of a South Korean freighter who was shot during a mission to rescue the vessel from Somali pirates in 2011, will be honored with the new insignia on Dec. 3.

“We recognize the professor’s role in improving the Navy’s reputation as he has engaged in various activities, including his appearances with the Navy uniform,” a Navy official said on condition of anonymity.

He returned to the media spotlight last November when he conducted surgery on a North Korean soldier who was shot multiple times while fleeing into South Korea across the heavily fortified border.

Lee served in the Navy in the early 1990s to fulfill his mandatory military service.