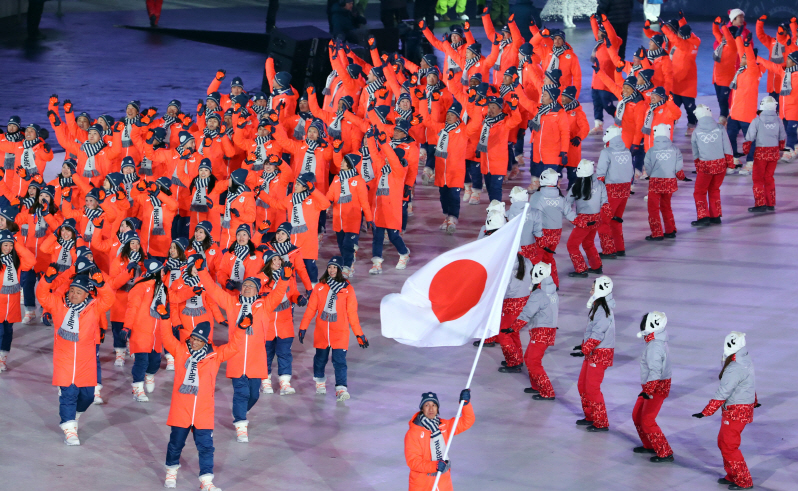 The controversy flared up on February 9, during the NBC broadcast of the PyeongChang Olympics opening ceremony. (Image: Yonhap)

SEOUL, Feb. 14 (Korea Bizwire) — In an odd unfolding of events, the recent controversy over remarks by dismissed NBC commentator and so-called ‘Asia expert’ Joshua Cooper Ramo may end up pushing South Koreans to choose between love of country or love of Starbucks.

The controversy flared up on February 9, during the NBC broadcast of the PyeongChang Olympics opening ceremony. Serving as one of NBC’s on-air voices, Ramo’s statement of “every Korean will tell you that Japan is a cultural and technological and economic example that has been so important to their own transformation” which was prefaced by “now representing Japan, a country which occupied Korea from 1910 to 1945” left South Koreans incensed.

The relationship between South Korea and Japan is strained by disagreement over historical atrocities committed by the latter. Many Koreans, in particular the older generation, harbor deep-rooted feelings of anger and bitterness over Japan’s ultimately failed attempt to colonize the Korean peninsula.

With the social media landscape ablaze in righteous fury and the PyeongChang Organizing Committee reportedly lodging a swift complaint with the network, it was not long before the exclusive broadcaster of the Olympics in the U.S. issued a formal apology.

In the aftermath of the uproar, details of Ramo’s background have come to light, among which the most significant may be his role as a board member for Starbucks.

American foreign policy and East Asia expert Tim Shorrock in a tweet reminded South Koreans of the Starbucks connection with Ramo, and seemed to be issuing a call to action by saying “let [Starbucks] know how you feel about his praise of Japanese colonialism”.

What Shorrock is calling for is a tall task, since there are few things South Koreans appreciate more than a strong cup of americano from the Seattle-based coffee giant. Last year, Starbucks’ Korean stores sold 1.6 cups of the brew per South Korean – a total of 83.6 million cups. Add up the sales of other popular drinks like caffè lattes, cold brews, dolce lattes and caramel macchiatos, and that 83.6 million balloons to 148.63 million beverages picked up by the hosts of the PyeongChang Olympics.

However, indications are that Shorrock’s message has been heard. The Joongang Daily reported that following his Twitter message, pockets of the South Korean online community have agreed that they will steer clear of Starbucks henceforth.

The fact that Ramo has yet to release an apology or any public statement has likely made boycotters feel validated in their approach. (Image: Wikimedia)

The fact that Ramo has yet to release an apology or any public statement has likely made boycotters feel validated in their approach.

Whether bruised national pride wins out over customer loyalty to South Korea’s most highly regarded coffee franchise remains to be seen, though odds are a warm cup of americano on a cold day will prove too irresistible for even the most ardent patriot.