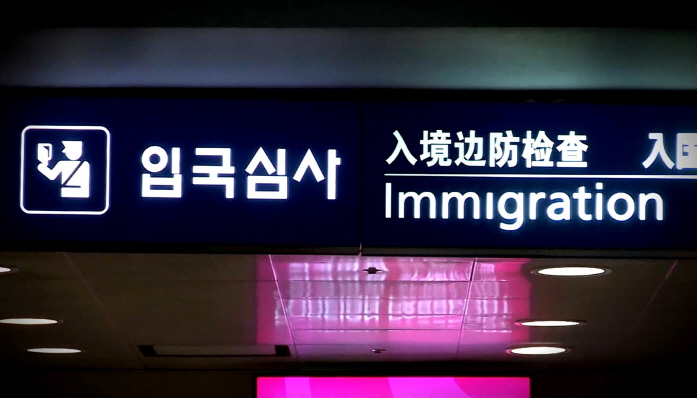 About half of all the illegal immigrants in South Korea entered the country through a visa waiver program. (Yonhap)

A total of 370,889 foreigners were staying in South Korea without permission as of July, 15 percent of the entire population of foreign nationals residing in the country, according to the report by the Ministry of Justice, submitted to Rep. Lee Eun-jae of the Liberty Korea Party.

Of the illegal immigrant population, the number of Thai residents reached 140,000, accounting for nearly 40 percent of those staying in South Korea without a visa.

The number makes them the biggest national group of illegal immigrants and marks a threefold increase from the population of 52,000 Thais who were staying in South Korea illegally at the end of 2015.

Chinese were the second biggest national group of illegal immigrants, with 70,000 people as of July.

South Korea saw the population of illegal immigrants from Kazakhstan jump eightfold since the end of 2015 to 10,707 as of July, the report showed.

The report also showed that about half of all the illegal immigrants in South Korea entered the country through a visa waiver program and that 271 illegal immigrants had been charged with drugs offences as of August, up from 172 in 2018.