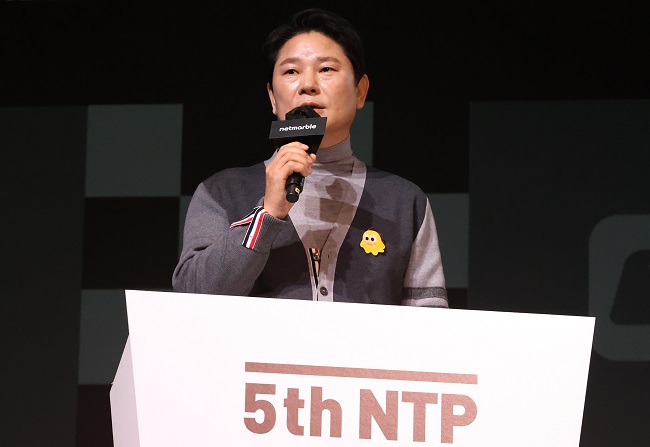 SEOUL, Jan. 27 (Korea Bizwire) — Netmarble Games, a major South Korean mobile game developer and publisher, on Thursday introduced more than 20 new titles with 75 percent of them based on its own intellectual property (IP).

Since its establishment in 2000, Netmarble has been producing and providing some of the most successful mobile games, including MARVEL Future Fight and Seven Knights, in the global market.

The gaming firm, however, has been suffering from a lack of IP and its developers’ preference for developing games only for mobile platforms.

“There has been so much talk that Netmarble lacks its own IP, but that is because the company started as a publisher in the beginning,” Kwon said, adding that 65 percent of the new titles are wholly created by Netmarble and another 10 percent are co-produced.

Netmarble will focus more on IP by investing in webtoon and animation companies both at home and abroad, Kwon said.

Netmarble will also expand into the PC and console game markets, Kwon said, with details of its plan for its blockchain gaming business to be unveiled soon. A blockchain game is a video game that includes elements that use cryptography-based blockchain technologies. 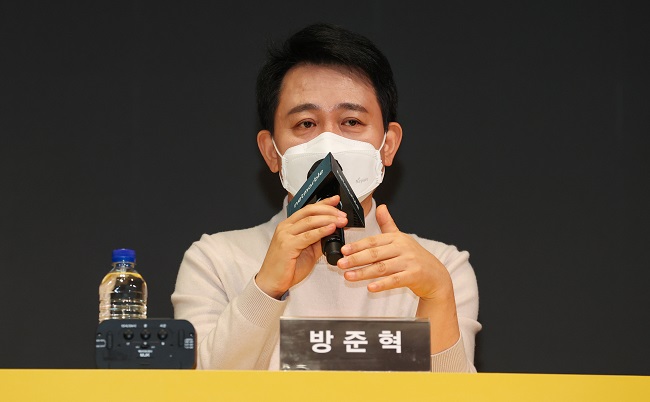 Despite an ambitious plan, many blockchain-based games are not available in the country due to the country’s video game laws, which have restrictions against gambling or speculation.

“Many local and global gaming firms are preparing blockchain-based games, and it is a trend. Yet, it is regrettable that the service is unavailable in South Korea,” said Bang Jun-hyuk, founder and chairman.

Bang further said it will make inroads into the burgeoning metaverse industry by fusing metaverse and blockchain sectors.

The metaverse refers to a shared virtual space in which users interact with each other through digital avatars and experience a virtual reality world. Such platforms have grown in popularity over recent years as people shifted their activities online amid the pandemic.