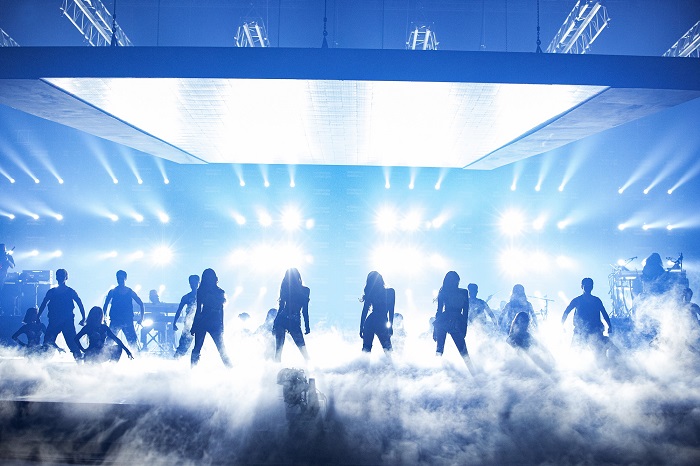 “BLACKPINK the Movie” will hit theaters in around 100 countries, YG Entertainment said, without elaborating on the exact release dates in different regions. In South Korea, it will be available at CGV cinema chains.

The film will include interviews with the four-piece group’s members, performance videos of hit songs and re-edited versions of songs from the group’s 2018 and 2021 concerts — “In Your Area” and “The Show.”

According to the agency, CGV will screen different editions of the movie, such as Screen X, which provides a screen that surrounds three walls of the theater, and 4DX, which adds physical effects to a 3D film, to help viewers feel like they are at a real-life concert.

“BLACKPINK the Movie” is a part of the “4+1 Project” recently launched by YG Entertainment to celebrate the four-member act’s fifth debut anniversary on Aug. 8. Details on the project other than the movie have yet to be disclosed.

Since debuting in 2016, the quartet has risen to become one of the most popular female groups here and abroad with hit songs like “Ddu-du Ddu-du,” “Kill This Love,” “Boombayah” and “Lovesick Girls.”