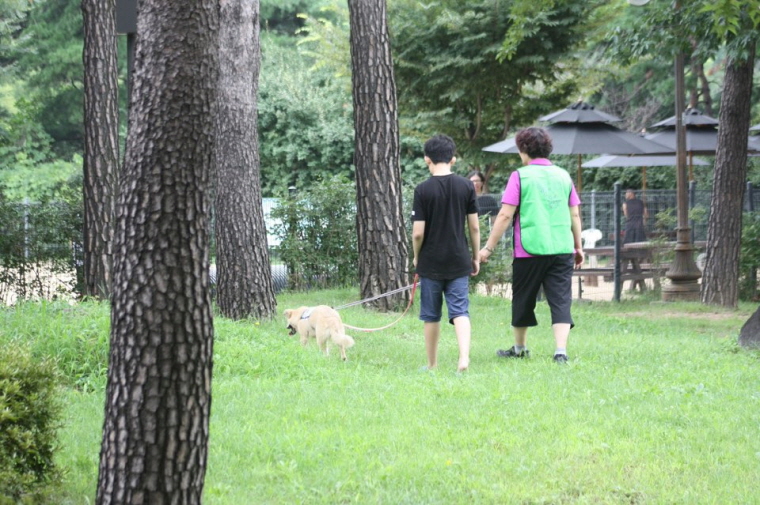 SEOUL, Jun. 15 (Korea Bizwire) — The Seoul Metropolitan Government announced today plans to operate a program that would allow Seoul residents to take a stroll in the park with abandoned dogs before making a decision whether or not to adopt the animal.

The adopt-a-dog campaign is scheduled to take place at two venues in Seoul at noon every second and third Saturday at World Cup Stadium’s Dog Park and every fourth Saturday at the Gyeongui Line Forest Park.

Volunteers well-versed with the dogs will be on site to help with the dog walking event, after which those interested in adopting a pet will be able to consult one-on-one with representatives on site.

Two civic groups, Tinkerbell Project and Happy Animal Companion, will participate in the event. The program is open to anyone who applies on site, and no fees are involved.

But if an individual or a family decides to adopt a dog, the two organizations are suggesting a cash donation of 100,000 won to 150,000 won.

The donations will be used for rescue operations of abandoned dogs, and for medical treatment required by victimized pets.

Around 10 dogs will be present at each event, all of them having had full checkups and the recommended vaccinations.