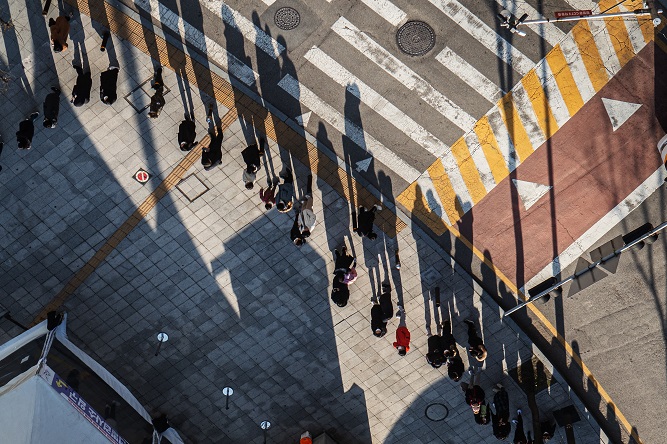 People wait in line outside a coronavirus testing center in Goyang, Gyeonggi Province, on Dec. 8, 2021. (Yonhap)

The country confirmed 7,175 new COVID-19 infections, raising the total caseload to 489,484, according to the Korea Disease Control and Prevention Agency (KDCA).

The daily tally was up by 2,221 from a day earlier, the biggest daily jump since the pandemic began early last year. The previous record of 5,352 was set on Saturday. The average daily infection cases were 5,012 for the seven days ending Tuesday.

Infections were rising especially among older adults who suffer a drop in vaccine efficacy and children who have yet to receive their first shots, according to the KDCA.

The number of critically ill COVID-19 patients also jumped to a record high of 840, up 66 from a day ago, putting further strain on the country’s already overwhelmed health care system. More than 83 percent of them were aged over 60.

The death toll rose 63 to 4,020, the third-highest daily figure after an all-time high of 70 on Saturday and 64 on Tuesday. The fatality rate stood at 0.82 percent.agreement.

“In the capital area, where 80 percent of total cases are reported, we continue to add hospital beds with active cooperation from the medical community, but still it is tough to catch up with the pace of rising virus cases,” Prime Minister Kim Boo-kyum said during the government’s COVID-19 response meeting Wednesday.

With rising patients, the bed occupancy rate of intensive care units at hospitals around the country reached at 78.7 percent. In the capital area, it rose to 84.5 percent. As of 12 a.m. Wednesday, 860 patients were waiting to be admitted to hospitals.

As of 9 p.m. Wednesday, regional governments and health authorities had reported 5,114 new cases, down by 590 from the same time Tuesday but still the second-highest number of cases for a 9 p.m. announcement.

Daily cases are tallied until midnight and announced the following morning. South Korea has averaged 5,306 cases over the past seven days. 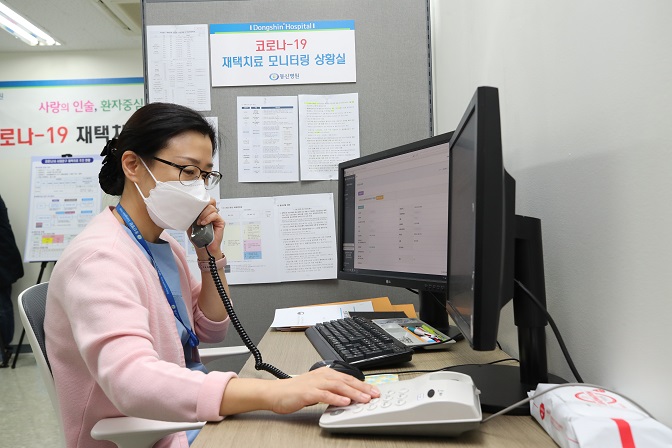 Rolling back the “live with COVID-19″ scheme, which had been put in place for a month, the government reimposed stricter virus-related restrictions on Monday to limit indoor gatherings and encourage more vaccinations in order to contain a surge in infections and the spread of the omicron variant.

The measures will remain in effect until Jan. 2.

The KDCA has confirmed 38 omicron cases, up two from a day earlier. It also said it has been tracking 13 more suspected cases of the omicron variant.

Of the total cases, Seoul reported 2,901 new cases, while 2,268 cases came from the surrounding Gyeonggi Province and 433 from Incheon, 40 kilometers west of Seoul.

On the vaccination front, 83.3 percent of the country’s 52 million population have at least received one shot of the vaccine, while 80.7 percent have received two shots and 8.8 percent have gotten their booster shots.

To ease the financial burden arising from home care and self-quarantine, the government said it will raise the state subsidy for households that care for COVID-19 patients at home.

Also, mandatory self-quarantine for the family members of COVID-19 patients is reduced to seven days from the current 10 days.

Both measures take effect on condition that the subject of at-home care is fully vaccinated, or has previously recovered from COVID-19.

From January, the government will provide elderly at-home care patients with oral medication to treat COVID-19.

As part of efforts to help reduce strain on the health care system, the government will shorten the period of health monitoring for at-home care patients to seven days from the current 10 days.

And it will work to secure more local clinics and hospitals to provide home care services.