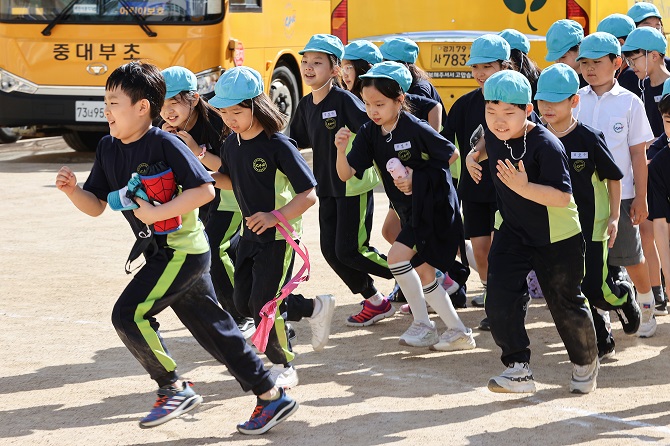 Students without masks take part in a physical education class at an elementary school in Seoul on Sept. 26, 2022. South Korea lifted all outdoor mask mandates starting the same day, as the country is “clearly overcoming” a resurgence in COVID-19 cases. But the indoor mask mandate will continue to be kept. (Yonhap)

SEOUL, Sept. 26 (Korea Bizwire) — South Korea’s new COVID-19 cases fell to the lowest number in more than two months on Monday, as the virus wave has been slowing down at a steady pace and the government has fully lifted outdoor mask mandates.

The country reported 14,168 new COVID-19 infections, including 220 from overseas, bringing the total caseload to 24,634,296, the Korea Disease Control and Prevention Agency (KDCA) said.

The virus wave, triggered by the spread of a highly contagious omicron variant, has been on a decline after a resurgence in July that later peaked above 180,000 cases in mid-August.

The number of critically ill patients came to 427, up by 11 from Sunday, the KDCA said.

As of 9 p.m. Monday, the country had reported 37,254 additional cases, up 23,575 from the same time the previous day, but down 8,720 from a week ago and 17,477 from two weeks ago, according to health authorities and provincial governments.

In line with the waning virus trend, the government lifted all outdoor mask mandates from Monday.

South Korea began implementing the mask-wearing rules in October 2020 and had strengthened them further last year.

But it partially eased outdoor mask mandates in May only to enforce mask wearing for those at outdoor gatherings of 50 or more people, and such large-scale events as sporting events and concerts. People who violated the rules were subject to a fine. 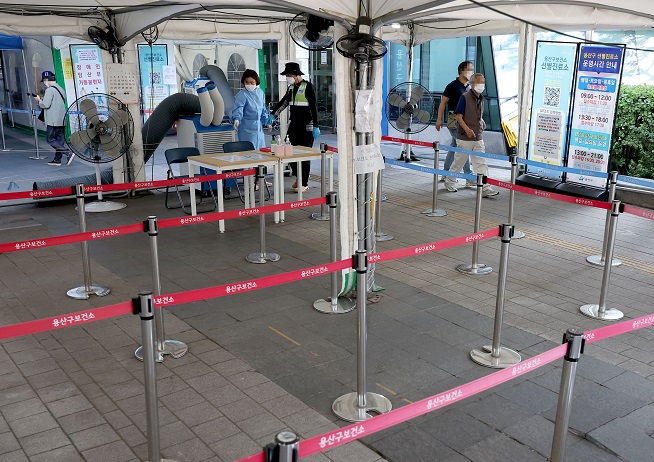 Prime Minister Han Duck-soo has said the country is “overcoming a critical moment” of a COVID-19 resurgence, and it will ease low-risk antivirus steps in phases in consultation with experts.

“Wearing masks is still needed on a voluntary basis in accordance with circumstances. Particularly, it is needed for high-risk groups and those who come in contact with high-risk groups,” a KDCA official said.

But rules for indoor mask wearing will be in place for the time being on possible risks of seasonal influenza and other infectious diseases, according to officials.

“Lifting all indoor mask-wearing rules at one time would minimize confusion. It could be lifted after the seventh wave passes and the situation is stabilized,” said Jung Ki-suck, a civilian adviser to the government task force on the pandemic.

He voiced objection to easing the indoor mask mandates in phases, though some have called on the government to ease the rules for young people to ensure their development of language skills and other health reasons.

“No one can be sure about the timing and the scale of another virus wave. Thorough preparations for the seventh wave are a must,” Jung said.