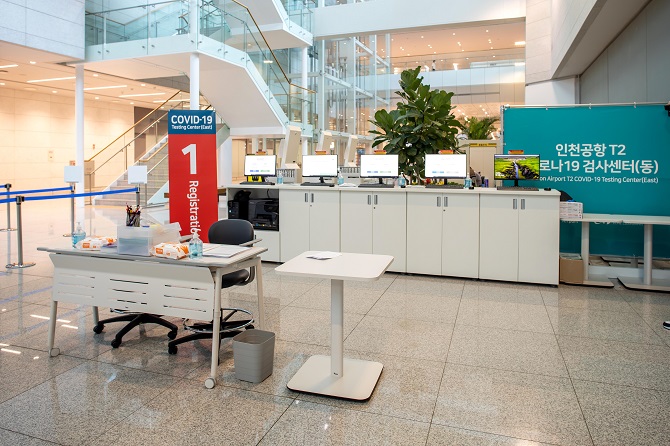 The country reported 73,582 new COVID-19 infections, including 351 from overseas, bringing the total caseload to 18,861,593, the Korea Disease Control and Prevention Agency (KDCA) said.

The country has seen a marked increase in infections from end-June as the omicron subvariant BA.5 spreads during the summer holidays.

The KDCA reported 12 deaths from the virus Tuesday, putting the death toll at 24,765. The fatality rate stood at 0.13 percent.

The number of critically ill patients was 91, up from the previous day’s 81.

As of 9 p.m. Tuesday, the country had reported 73,301 additional cases, up from the previous day’s 70,497, according to local governments and health authorities. Tuesday’s figure nearly doubled from that by the time logged a week ago.

The BA.5 subvariant accounted for 52 percent of the country’s total COVID-19 cases, including cases from overseas, in the third week of July, up from the first week’s 24 percent, the KDCA said.

The KDCA expected the subvariant’s ratio to continue to rise and become the prevailing virus strain sooner or later due to an increasing number of inbound cases.

BA.5 is known to be more contagious and better able to escape immunity compared with earlier versions. 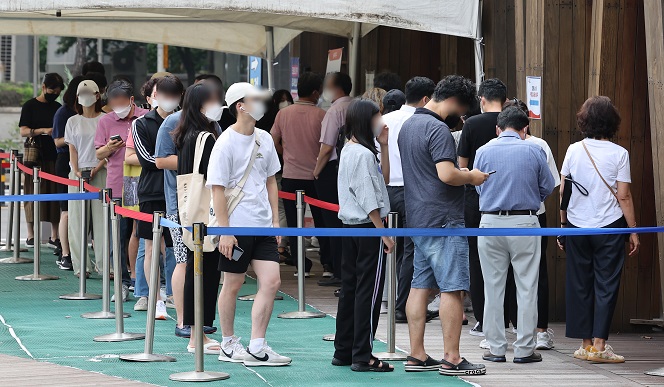 People wait to take coronavirus tests at a makeshift testing facility in Songpa, eastern Seoul, amid the spread of an omicron subvariant on July 19, 2022. (Yonhap)

Health authorities said the country has entered a new virus wave, ending a downward trend from the peak of more than 620,000 in mid-March, and that the daily infections could surge to over 200,000 next month.

In the wake of the recent surge, the government will announce additional antivirus measures Wednesday, including reinstating the ban on in-person visits to senior care hospitals and related facilities, Prime Minister Han Duck-soo said.

It is also considering expanding hospital beds for COVID-19 patients and testing stations available on weekends, he added.

Last week, the government announced a set of antivirus measures, including beefing up the vaccination campaign and enhancing the monitoring of international arrivals.

From Monday, the government recommended fourth COVID-19 vaccine shots for people aged 50 and older as well as people aged 18 and older who have underlying health conditions.

Previously, people aged 60 and older and people who have an immune disorder were eligible for the fourth vaccine dose.

The government has also vowed to expand the number of “one-stop” COVID-19 treatment centers by the end of July, where people can take virus tests, get in-person medical care services and receive antiviral drugs, to 10,000 from the current 6,338.