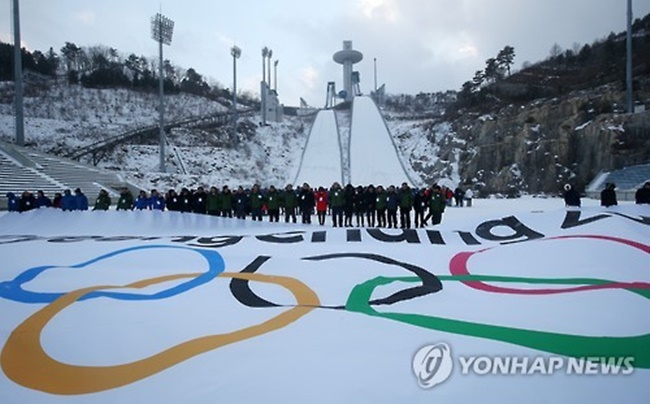 Transportation is one of the key elements of preparations for the upcoming Winter Olympic Games in the nation’s east coast resort town of PyeongChang in Gangwon Province, which lies some 180 kilometers east of Seoul. (Image: Yonhap)

SEOUL, Aug. 21 (Korea Bizwire) – The final stage of work to open new highways and railroads linking the 2018 PyeongChang Olympic venues and major cities of South Korea is in full swing in order to provide the best and easiest way to get to and from the venues.

Transportation is one of the key elements of preparations for the upcoming Winter Olympic Games in the nation’s east coast resort town of PyeongChang in Gangwon Province, which lies some 180 kilometers east of Seoul.

New roads to be opened this year include a 22-kilometer expressway between Seongnam and Anyang, which will help reduce the overall travel time from Incheon International Airport to the main Olympicvenues by 40 minutes to about 95 minutes.

A 72-kilometer extension of the expressway between Seoul and Yangyang, Gangwon Province, will also open by the end of this year, reducing the travel time from the capital to the remote coastal city to 90 minutes from the current 130 minutes, according to South Korea’s transportation ministry.

In June, another new highway linking East Hongcheon and Yangyang in Gangwon Province was opened.

It used to take two to three hours to reach Yangyang, 215 kilometers east of Seoul, using existing highways and roads. This has changed, with provincial roads from East Hongcheon to Yangyang being transformed into an expressway. A speedway already exists between the capital and the city of Hongchon.

Depending on traffic, it could take about 90 minutes to get from Seoul and Yangyang, according to the ministry.

The new expressway will not only allow visitors tohave better access to the host cities, but also take some traffic volume off existing expressways.

The authorities also said they are working on renovating road surfaces and other traffic facilities.

While improving long-distance accessibility, Gangwon Provincial Government is trying to ensure comfortable and speedy travel near the Olympicvenues. The officials are expanding or constructing 16 roads, and nine of them are 90 percent complete, while rest are 75 percent done.

The organizers said these roads will be completed by November.