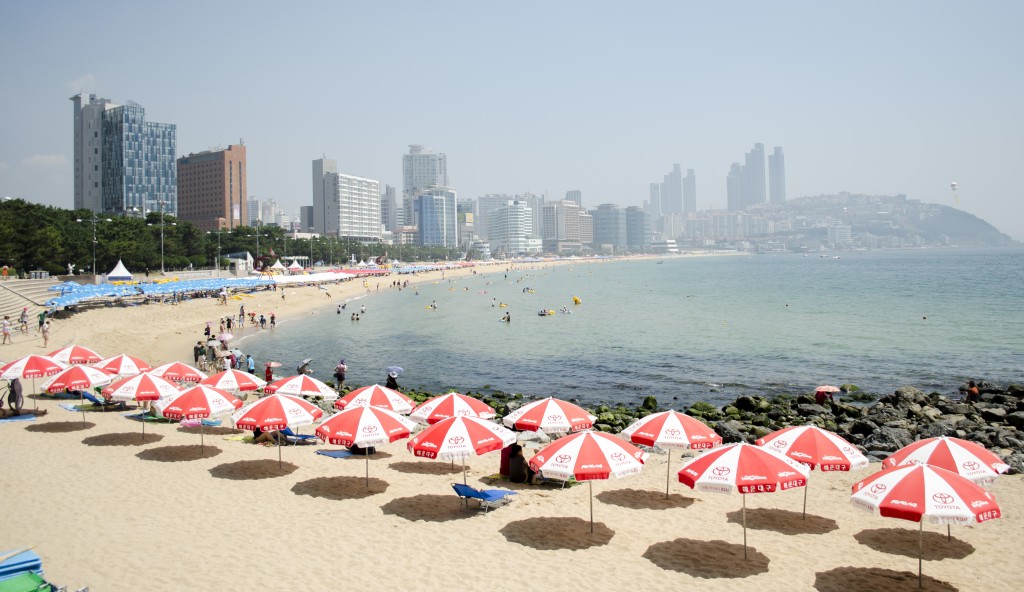 Busan’s Haeundae district is best known for its beach that attracts millions of visitors each summer. (image: Wikimedia)

BUSAN, June 20 (Korea Bizwire) – Busan’s Haeundae district is best known for its beach that attracts millions of visitors each summer. But it’s also a major MICE (meetings, incentives, conferences, and exhibitions) center, with the Busan Exhibition and Convention Center (BEXCO),and hosts major annual events such as the Busan International Film Festival. Under these conditions, competition between hotels is higher than ever.

In 2019, Haeundae will welcome another global hotel franchise unit, Sheraton, which will be operated by Starwood Hotels & Resorts Worldwide. Starwood currently owns 11 brands including Sheraton and Westin, and operates over 1,300 hotels in some 100 countries. The new 260-room hotel will be located between two major beaches in Busan, Haeundae and Songjeong.

Lotte Hotel has recently finalized plans to operate a luxury hotel inside the LCT Landmark Tower. The 101-storey tower, which is also located by Haeundae beach, is expected to be completed in 2019.

Korean retail giant Shinsegae is in the middle of the planning process to build a hotel that offers a somewhat differentiated service by connecting services with shopping. The hotel will be built across from the company’s Centum City store, which is the largest department store in the world.

A Japanese company, Sega Sammy Holdings, has also established plans to build a luxury hotel (312 rooms) and a business hotel (470 rooms) on the opposite side of BEXCO.

Hotel Shilla, a Samsung subsidiary that operates hotels and duty-free shops, is building a 406-room business hotel, which is expected to open in 2017. 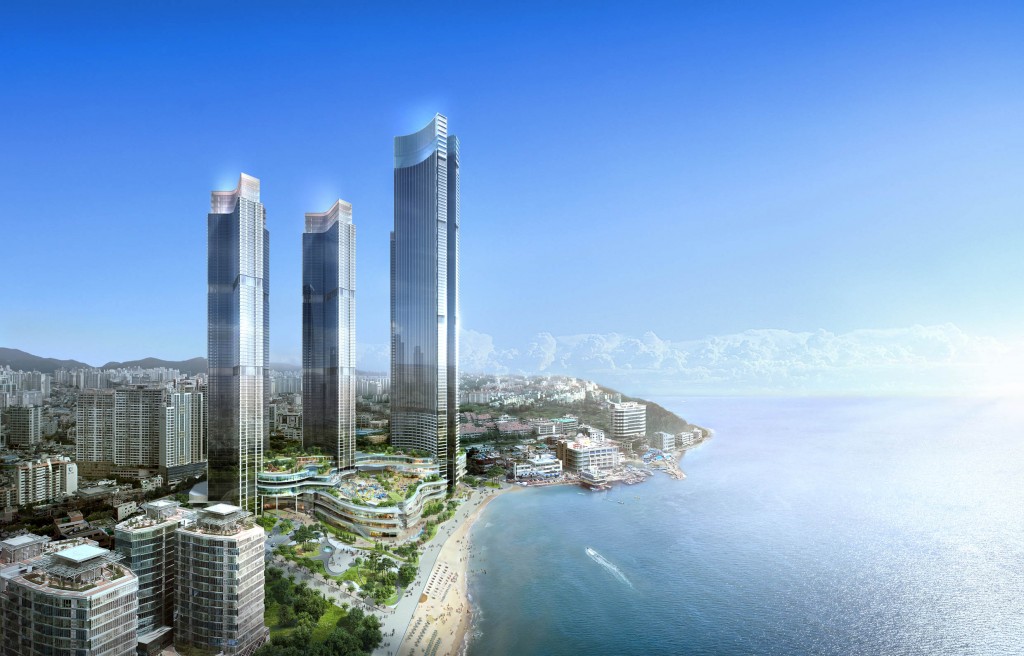 Lotte Hotel has recently finalized plans to operate a luxury hotel inside the LCT Landmark Tower. The 101-storey tower, which is also located by Haeundae beach, is expected to be completed in 2019. (image: LCT)

Amid such changes in the area, some businesses welcome the new development plans, while there are those that suffer from the increasing availability of new accommodations.

“The hotel market in Haeundae has reached its saturation point, and we have been struggling with our operations,” said an official from one of the hotels in Haeundae. “The government should limit the number of hotel approvals in the area.”

“We need a large number of hotels to host large-scale events,” said a MICE industry affiliate. “It’s too early to say that the hotel market in Haeundae is over-saturated. We need more hotels for the continued growth of the MICE industry.”