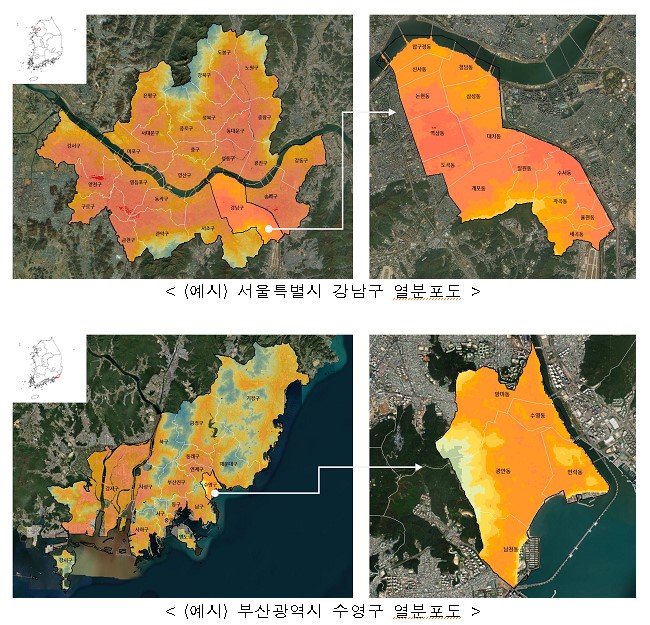 SEOUL, May 20 (Korea Bizwire) — The National Disaster Management Research Institute said Wednesday that it had developed a ‘heat distribution map’ that offers a full glimpse of the heat distribution situation for the summer season across the country.

The institute will provide the newly-developed heat distribution map to departments and research institutes responsible for heatwave management in 17 cities and provinces.

The heat distribution map is based on a temperature analysis technique that features the convergence between ground temperature observed by satellites and space information.

It indicates average temperature for each 30 x 30 meter unit of area within the country for the summer season from June to September.

The institute explained that the newly-developed heat distribution map enables a detailed analysis of the heat concentration phenomenon ranging from national scale to village scale.

Through the long-term trend analysis, it also helps trace the change in heat distribution resulting from regional environmental change.

The institute also provides municipal governments with a variety of spatial information including disaster vulnerable classes and heatwave reduction facilities, aimed at helping them to better cope with heatwaves on the basis of considerations of heat concentration areas and demographic and environmental factors.