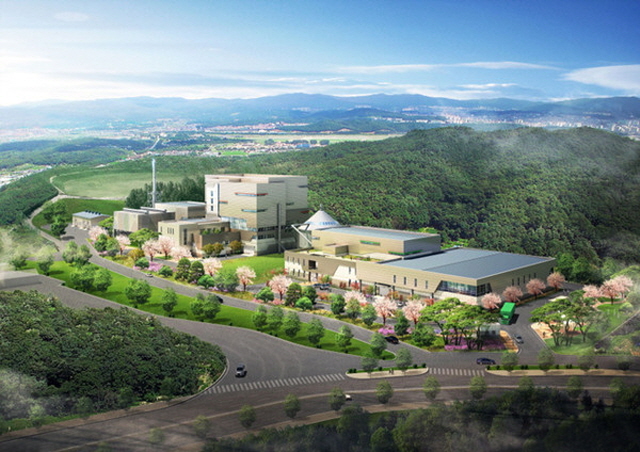 The generators will be operated as part of a test run that will terminate on January 18. Operations will begin on the following day. (image: Pohang City Office)

The city announced on Thursday that it has invested 153.4 billion won (US$137.1 million) to build the facility as part of a project that kicked off in June 2016.

The generator will use solid fuel made from everyday waste that would otherwise be buried in landfill to generate electricity via incineration at 850 to 900 degrees Celsius. The electricity will be sold to the Korea Electric Power Corp.

Previously, provincial authorities either buried waste in landfills or incinerated it before recycling the leftovers.

Pohang has long been operating a landfill site, 86 percent of which has now been filled, prompting authorities to look for alternatives.

Now, it has decided to go along with a plan to shred priority waste to produce solid fuels for the generator. Pohang E&E, a joint venture between POSCO Engineering & Construction Co. and Mirae Asset Investment Management, will be in charge of the operation.

The generator will be able to process 500 tons of everyday waste and burn 270 tons worth of solid fuel every day, which will create 12.1MW of electricity per hour, enough to fulfill the energy requirements of 4,000 households.

The city will reprocess waste buried at the current landfill, which will allow both the power plant and the dump to be used for as long as 15 years.

The generators will be operated as part of a test run that will terminate on January 18. Operations will begin on the following day.