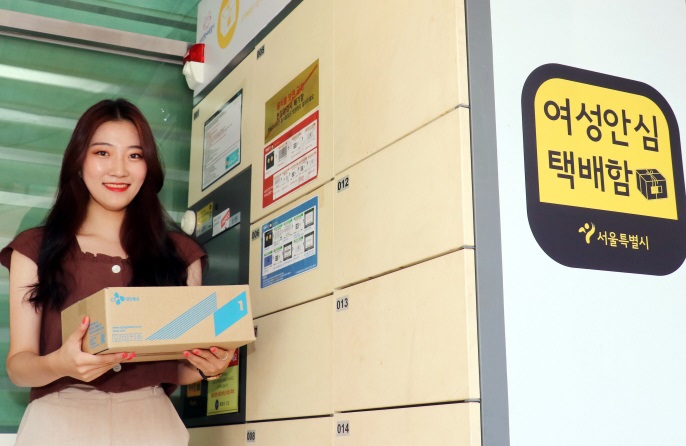 The Seoul Metropolitan Government, in collaboration with CJ Logistics Corp., the nation’s largest courier service provider, has now made it possible to use the unmanned delivery service when sending parcels. (image: CJ Logistics Corp.)

SEOUL, Aug. 27 (Korea Bizwire) — A ‘Safe Delivery Service for Women’ was introduced in Seoul in 2013 for the first time in South Korea.

Now, a new service where safety is guaranteed for those wishing to send a package will be rolled out.

‘Safe Delivery Service for Women’ was launched as a service that allowed people to receive parcels at the time of their choice through unmanned delivery storage boxes.

Due to a steady increase in locations, the accumulated number of users recently surpassed two million people.

The Seoul Metropolitan Government (SMG), in collaboration with CJ Logistics Corp., the nation’s largest courier service provider, has now made it possible to use the unmanned delivery service when sending parcels.

Citizens who want to use the service can download and install the CJ Logistics Delivery application, then select the “unmanned locker” option to reserve a safety box.

They then have two hours to place the items in the box before they’re picked up.

Parcels to be delivered are restricted to goods that can be stored for more than two days. Furthermore, frozen and refrigerated goods, currency, precious metals and used goods cannot be delivered.

In October, the city plans to introduce a callback system in which customers directly call applicants from customer centers.

You can find the location of the delivery boxes on the SMG’s website at http://news.seoul.go.kr/welfare/archives/508835.