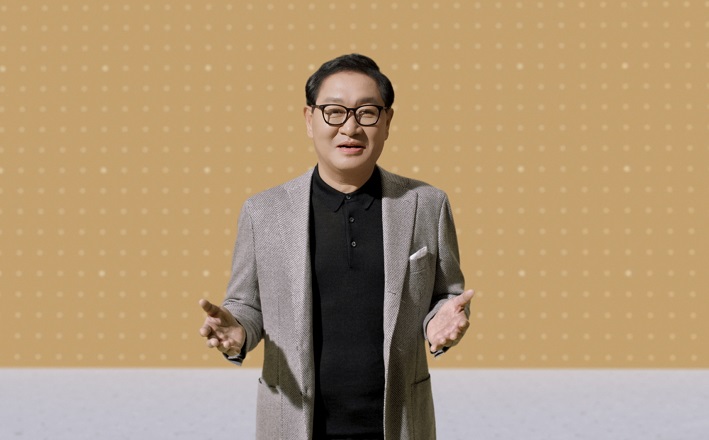 Earlier this week, Han was promoted to lead the new SET division — which combined the consumer electronics and IT and mobile communications divisions.

He will lead the tech giant, along with another CEO, Kyung Kye-hyun, who was tapped to take charge of the company’s device solutions division.

Han’s speech, under the title of “Together for Tomorrow,” will revolve around the idea that technology should exist for humanity and the planet, the company said.

Han is expected to talk about the tech company’s efforts to keep the earth more sustainable and tackle climate change by introducing innovative, life-changing technologies to achieve those goals.

He will also present how connectivity can enrich people’s lives.

Han had served as president and head of the visual display business at Samsung Electronics since 2017. An expert in TV research and development, Han played a key role in bringing the company’s TV business to the global top position.

The South Korean company has shared its business philosophy and vision six times through keynote speeches at CES since 2002, with subjects ranging from human digitalism to mobility to Internet of Things.