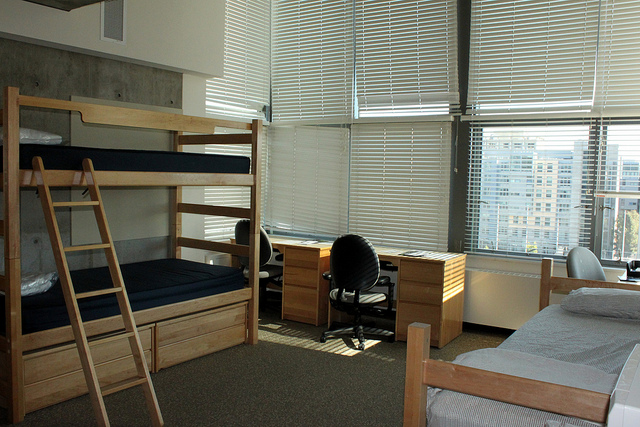 SEOUL, Korea, Oct 07 (Korea Bizwire) – In an era where more and more young people live alone, by some estimates as many as 4.5 million, there is an emerging trend toward sharing of housing space. For example, Lee Seung-tae, who is a student attending a university in northern part of Seoul, recently moved in to a nice house near his college owned by an old lady who lives alone. Under arrangement by Nowon District Office’s program to share houses between solitary senior citizens and college students, he pays only 200,000 won a month instead of 450,000 won he used to pay for a small rental space with a bed and a shared bathroom.

“The district office even gave me a closet and a drawer so I could save a lot. The landlady is so kind and prepares hot meals for me all the time, which makes me feel home,” he said. Kang Bok-seon, the 68-year-old landlady concurs, “I don’t feel lonely living with a young man like my grandson. I am happy to earn extra income of 200,000 won a month too.”

The Nowon District Office was the first among the country’s local governments to begin the room-sharing program. It has thus far succeeded in matching homeowners with students looking for a place to live. Any homeowner between the ages of 68 and 84 who has a two-room house (over 61 square meters) can apply for the program. Rental prices are determined at around 50 percent of market prices, with about 100,000 to 250,000 won a month.

In another case, a social enterprise called Woozoo Corporation renovates old rental houses and leases them out to young people at low monthly rent prices. The company has until now provided such housing in seven locations in Seoul. A student who lives in one of the housing units in downtown Seoul said he is very satisfied with the house shared with five other roommates, commenting, “Everyone can have his own room while sharing the living room and backyard at the cost of only 400,000 won a month.”