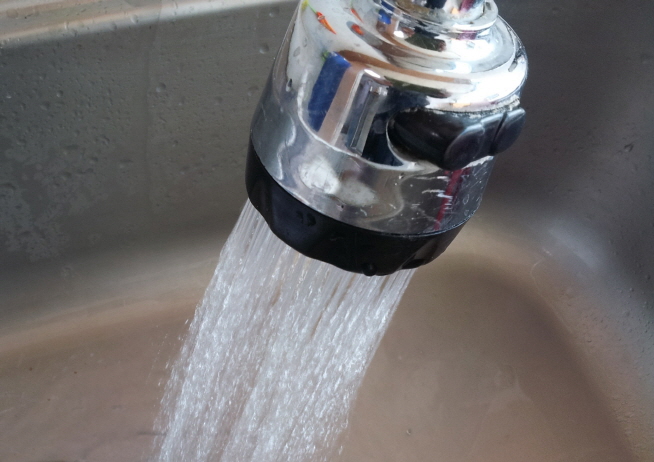 The smart management system, which is expected to cost about 1.4 trillion won (US$1.18 billion) to roll out in its entirety, is capable of measuring water quality, quantity, and pressure. (Yonhap)

The Ministry of Environment said Tuesday that the smart management system will first be introduced in the second half for 44 local governments, including Seoul, Busan and Gwangju, after setting up basic plans during the first half of this year.

Afterwards, the company plans to build facilities nationwide sequentially by 2022.

The smart management system, which is expected to cost about 1.4 trillion won (US$1.18 billion) to roll out in its entirety, is capable of measuring water quality, quantity, and pressure.

In addition, it also has an automatic drainage facility in the government network to monitor water quality and flow rates from the water purification plant to the faucet in real time, and blocks contaminated tap water in the event of a tap accident.

The new system also includes customized services for consumers such as appointments with a “Water Coordinator,” who visits homes directly to inspect tap water quality, and a “Water Doctor,” who provides diagnostic and cleaning services for indoor plumbing.

The smart management system will be implemented to prevent the recurrence of similar incidents with ‘reddish’ tap water in Incheon in May last year and to increase the credibility of tap water.

It is expected that the new system will help citizens identify problems in water supply facilities in advance and deal with them quickly, thereby increasing the credibility of tap water.

According to the government, the consumption rate of tap water in Paju, Gyeonggi Province, where pilot projects were carried out, is 36.3 percent, five times higher than the national average of 7.2 percent as of 2016.