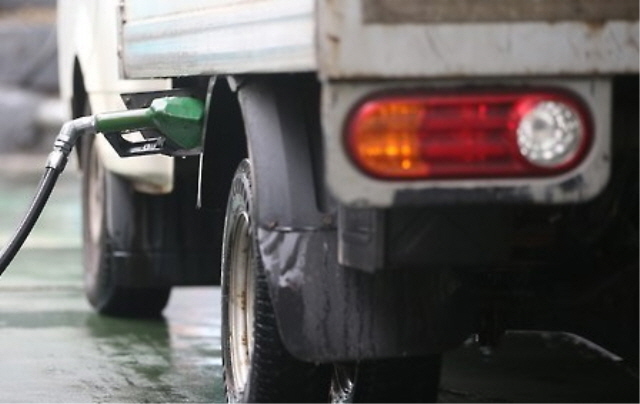 The researchers had completed a system that can carry electric batteries and a drive system in diesel engines for cargo trucks weighing less than 1.5 tons. (Yonhap)

DAEJEON, Nov. 12 (Korea Bizwire) — New technology has been developed that allows diesel-powered delivery trucks to be equipped with hybrid engines that can increase fuel efficiency while reducing emissions.

The Cho Chun Shik Graduate School of Green Transportation at the Korea Advanced Institute of Science and Technology said Monday that it had completed a system that can carry electric batteries and a drive system in diesel engines for cargo trucks weighing less than 1.5 tons, which are typically used by parcel delivery companies.

The researchers developed a thin drive motor and inserted the part into a narrow gap, about 14 centimeters between the engine and the transmission in the existing drive system.

As a result of applying this technology to three trucks that are more than five years old, the change was hardly noticeable on the surface.

The research team is currently conducting the first road tests on Jeju Island to confirm the safety of the technology. It is examining the quantity emissions as well as the impact of the mechanical changes on braking and steering.

The researchers believe the system will ultimately improve combined fuel efficiency by 30 percent and reduce fine dust emissions by 20 percent. The goal is to commercialize the system at a cost of less than 5 million won (US$4,300) per vehicle.

The research team is planning to carry out demonstration work at KAIST’s Environment-friendly Smart Auto Research Center by next year.

“The vehicle weight increase for this highly efficient and eco-friendly technology does not exceed 100 kilograms,” said Kim Kyung-soo, Dean of the Cho Chun Shik Graduate School of Green Transportation.