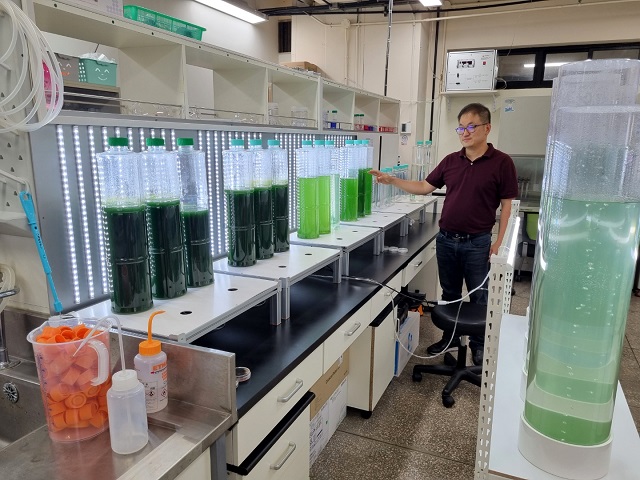 JINJU, Aug. 12 (Korea Bizwire) — A new process that uses the carbon dioxide contained in emissions gases to culture spirulina, a marine micro-algae, has reached the stage of commercialization.

Kwon Jong-hee, a professor at Gyeongsang National University, said Wednesday that the new technology can convert the carbon dioxide contained in emissions gases into a carbonate by aerating it in an alkaline solution, and then use the carbonate as a culture medium for spirulina.

Existing carbon dioxide removal methods using microorganisms have a low removal efficiency of 20 percent, and are therefore difficult to commercialize.

The newly-established carbon resourcification technology, however, can not only remove 100 percent of the carbon dioxide in emissions gases, but also contribute to producing spirulina biomass through massive culturing.