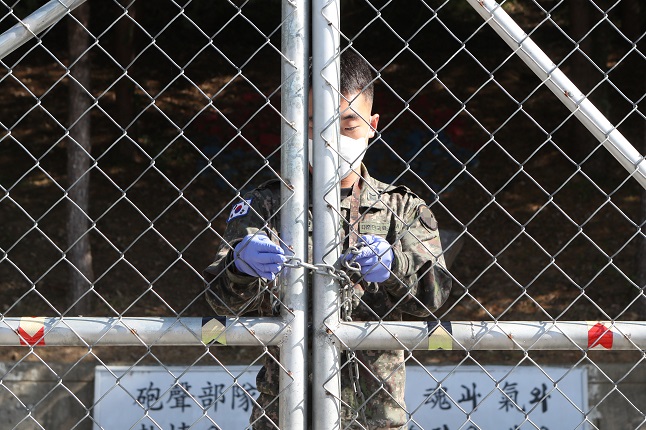 SEOUL, Oct. 5 (Korea Bizwire) — South Korea’s new coronavirus cases stayed below 100 for the fifth straight day Monday, but the country remained cautious about another potential uptick in new infections down the road after the long Chuseok holiday.

The country added 73 more COVID-19 cases, including 64 local infections, raising the total caseload to 24,091, according to the Korea Disease Control and Prevention Agency (KDCA).

It marked a slight rise from the 64 cases added Sunday and a drop from 75 cases reported Saturday. After daily infections hit 133 on Wednesday, they have been in double-digit figures.

The drop was in part attributed to fewer tests carried out over the Chuseok autumn holiday that began Wednesday.

While millions of people normally travel across the nation over the Korean equivalent of Thanksgiving, health authorities advised people to refrain from visiting their families and relatives this year.

Health authorities said around 30 million people traveled across the nation over the holiday, down 3.1 percent from the previous year.

The number of people traveling by trains and buses also decreased 57 percent and 55 percent, respectively, over the cited period. South Korea earlier decided to limit sales of tickets and adopted various infection prevention measures, including selling only window seats.

“We are currently at a critical juncture, as COVID-19 can still spread in the autumn and winter,” Yoon Tae-ho, a senior health official, said during a daily briefing.

The country will enjoy another three-day break from Friday to Sunday to celebrate the Korean alphabet. The government earlier designated a special two-week period for toughened virus curbs until the end of this week.

Under the scheme, South Korea will continue to maintain the Level 2 social distancing nationwide, which bans indoor gatherings of 50 or more people.

The country operates a three-tier social distancing policy. Under the highest level, all gatherings of 10 or more people are banned.

The so-called high-risk facilities, such as bars or clubs, will remain fully shut down regardless of the number of visitors in the greater Seoul throughout Sunday, before the country comes up with a post-holiday guideline.

Such business establishments outside the capital area, however, will be allowed to resume their operations Monday.

Health authorities said although the number of daily new infections has clearly slowed over the holiday, the country still needs to stay vigilant over the potential hike in new virus cases.

Health authorities said they can determine later this week whether virus situations worsened or not in the aftermath of the holiday season.

“Over the holiday, cluster infections at senior centers, hospitals, schools and businesses still lingered,” KCDA Director Jeong Eun-kyeong said during another briefing. “There were also infections among family members.” 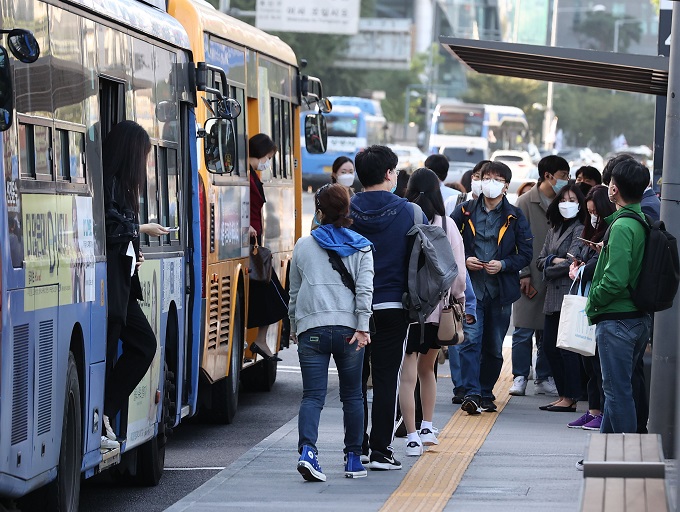 Patients with unknown infection routes also have been straining the country’s antivirus efforts.

Over the past two weeks, 18.2 percent of newly added patients had unknown infection routes. According to the latest data, 26.5 percent were grouped as cluster infections as well.

The average number of daily new patients over the past two weeks came to 66.5, falling sharply from 121 posted during the previous two-week period.

Of the newly identified local infections, 19 cases were reported in Seoul and 25 cases in Gyeonggi Province that surrounds the capital. Incheon, west of Seoul, reported five more cases.

A church in northern Seoul reported four patients as of noon Monday, after reporting its first confirmed case Saturday.

A military base in Pocheon, north of Seoul, reported 36 virus cases, sparking concerns over yet another major group infection.

The base, which reported three COVID-19 cases Sunday, has carried out tests on 230 potential cases. Health authorities are currently working to identify the infection route.

The country’s new virus cases had been in the triple digits for more than a month since Aug. 14, due mainly to cases tied to a church in northern Seoul and an anti-government rally. Daily infections soared to 441 on Aug. 27.

But new COVID-19 cases have slowed on the back of tightened social distancing rules.

Imported cases came to nine. The United States and Poland accounted for two patients each. There were also cases from Ireland, Britain, Russia, Uzbekistan and Syria.

The fatality rate came to 1.75 percent.

The number of patients in serious or critical condition came to 107, up two from the previous day.

The total number of people released from quarantine after making full recoveries stood at 21,886, up 41 from the previous day. This indicates more than 90 percent of the virus patients here have been cured.