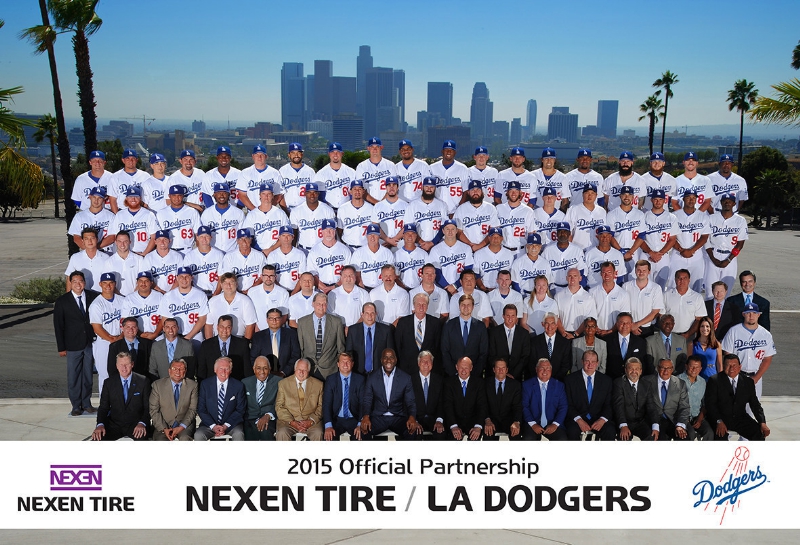 “Our partnership with MLB teams can be a great opportunity to increase brand visibility and brand awareness amongst vast and loyal baseball fans,” said Lee Jang-hwan, Global Marketing Manager of Nexen Tire. He added, “We will continue to strengthen our sports marketing in North America to reach out to millions of fans, who are loyal to dynamic and powerful sports.”

Nexen’s ad will be featured on the rolling board behind the home plate at the LA Dodger’s home stadium, and it will be shown on the LED screen board at the Detroit Tiger’s stadium. In partnership with the Texas Rangers, the Nexen brand will have a billboard at the Rangers’ home stadium, providing both in stadium and television exposure. Also, with the Angels, the ad will be featured at large exterior billboard at the top of the stadium as well as a feature of bloopers and great plays that will run between innings at every home game.

Nexen Tire has been rolling out sports marketing via sponsorships in North America for years. It has signed the sponsorship agreements with the LA Dodgers and Detroit Tigers for the last three consecutive years; it began its sponsorship with the Texas Rangers and LA Angels last year. In addition to its partnership with the baseball teams, Nexen Tire also sponsored off-road racing, including the 2014 GEICO AMA EnduroCross.

Nexen Tire, established in 1942, is a global tire manufactuer headquartered in Yangsan, South Gyeongsang Province, and in Seoul, South Korea. Nexen Tire, one of the world’s fastest growing tire manufacturers, has 205 dealers based in approximately 130 countries around the world and owns three manufacturing plants — two in Korea (Yangsan and Changnyeong) and one in Quigdao, China. Another plant in Zatec, the Czech Republic will be under operation by 2018. Nexen Tire produces tires for passenger cars, SUVs and light trucks with advanced technology and excellence in design. The company also focuses on producing UHP tires, which are based on advanced technologies. Nexen Tire supplies OE tires to global car makers in various countries around the world. In 2014, the company achieved a grand slam of world’s top 4 design awards for the first time amongst the various tire makers in the world. For more information, please visit http://www.nexentire.com.