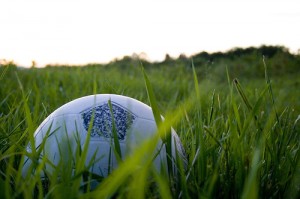 The game has been available from the 24th in beta services and logged in more than 400,000 soccer team numbers registered within a week. (Katie@!@flickr)

SEOUL, Korea, Dec 30 (Korea Bizwire) – NHN Entertainment said it would officially launch “Football Day,” the proprietary soccer simulation mobile game, from December 29. With this game, fantasy soccer game fans won’t have to rush to their desktop computer to manage their team and instead use their smartphone device anywhere anytime.

The game has been available from the 24th in beta services and logged in more than 400,000 soccer team numbers registered within a week. As of the 29th, the number has surpassed 600,000, with the percentage of active users since signing in excess of 60 percent. Instead of having to download an app, the user can enjoy the game right on the mobile web. This is just like logging in on the web with the user’s ID.

The company said it will make available a version 2.0 by the first quarter next year with enhanced features such as real-time game casting and real-time intervention. Lim Sang-beom, head of “Football Day” game development at NHN Entertainment, said, “Football Day is not just a game record tracking tool but something that allows users to enjoy every movement of the players and the ball. For this, mobile devices can provide more exciting service.”

To celebrate the launch of the game, the company will hold a promotional event in which it gives away 10,000 GP (game money) to winners out of those who access the game through mobile devices until January 4 next year. For further information, visit the promotion website at http://fd.naver.com.