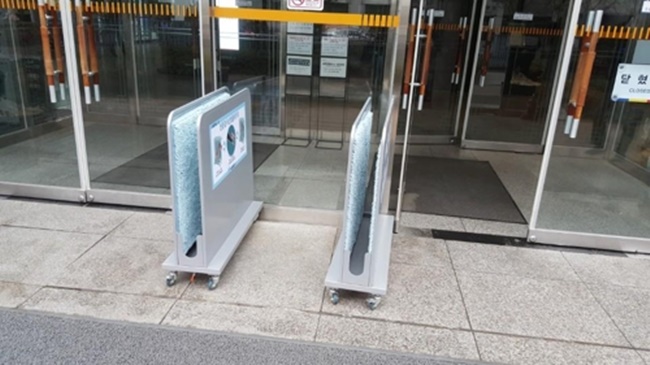 SEOUL, Apr. 24 (Korea Bizwire) — Seoul has announced plans to do away with disposable plastic umbrella covers starting from next month.

The Seoul Metropolitan Government will no longer use plastic umbrella bags at public buildings and subway stations from May as part of efforts to reduce the use of disposable products.

“In light of the recent issues with recycling plastic waste, Seoul will lead by example and reduce the use of disposable products. Instead of umbrella covers, umbrella dryers and water absorbing carpets will be installed,” the city government said.

According to data from the Seoul government, approximately 300,000 umbrella covers are used at the Seoul City Hall building and other public buildings across the city every year. Most of the covers are wet when they’re disposed of, which makes them difficult to recycle, with many ending up in landfills or incinerated.

Seoul has been trialing umbrella dryers at City Hall station since last September, and will take similar steps at other public buildings in the city.

“As the availability of plastic umbrella covers is almost taken for granted on a rainy day at private buildings, we need to change the perception among building owners and citizens in order to reduce the use of plastic bags. We hope not only public organizations but also private sector enterprises contribute to reducing the use of plastic,” the city government said.

As part of the city’s environmental efforts, the Seoul Upcycling Plaza also announced plans on Monday to end the use of disposable products including paper cups and plastic bottles for all of its programs for citizens.

The center, which opened last September, is dedicated to upcycling, which is a portmanteau of ‘upgrade’ and ‘recycling’. The word refers to Seoul’s efforts to breathe new life into disposed products by transforming them into brand new products.

All of the shops at the Seoul Upcycling Plaza will no longer provide plastic bags, while cafes will only serve drinks in reusable mugs.