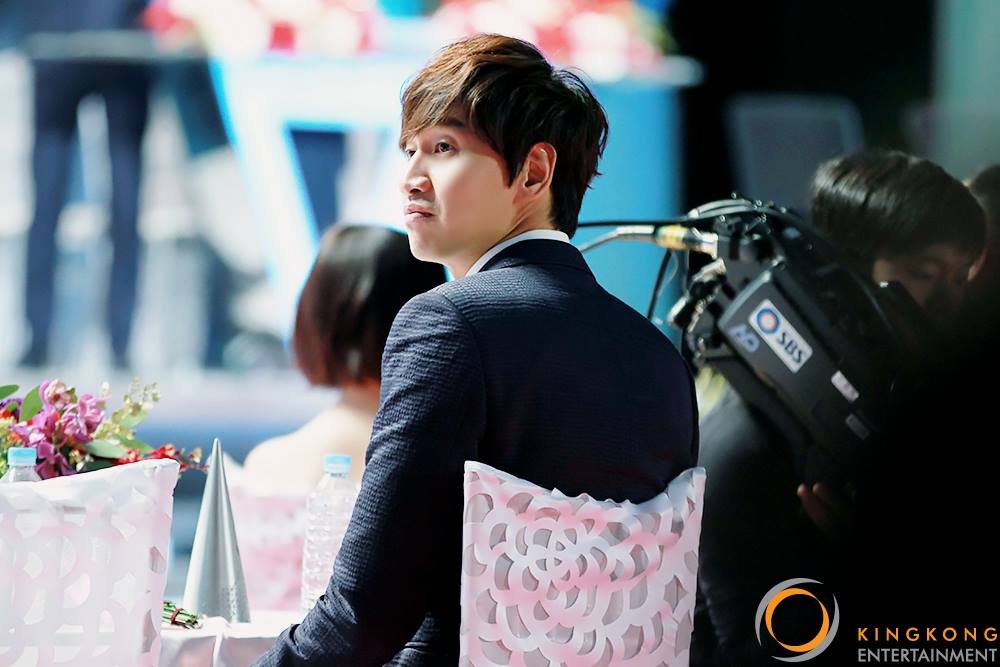 Although Lee is not as exceptionally handsome as other K-wave stars Kim Soo-Hyun or Lee Min-Ho and has not shown his potential as an actor, he has marked his place in Running Man with his dorky but friendly personality.

As Running Man became popular in Asia, Lee also became famous for his humble appearance and a quirky sense of humor, which appeals in particular to Chinese-speaking countries.

Lee has been already selected as the face of Nestle’s Frutips for Hong Kong, and a TV commercial featuring Lee’s funny dance was the most popular YouTube video in Hong Kong from January to April.

Lee’s name is even written in Korean on Frutips packaging in the region, proving his immense popularity.

Lee is also representing mobile messenger Line in Malaysia and has been featured in theater-etiquette clips shown before movies at Malaysia’s largest movie theater chain TGV.

Lee is also featured in several commercials for snacks in China, and his appearance at the opening of the first Korean coffee chain in Vietnam in January attracted about 2,000 fans and the Vietnamese press.

Korean companies, including producers of mobile games, coffee, home appliances, cosmetics and theme parks, have also chosen Lee as their commercial representative to expand their businesses in South Asia.