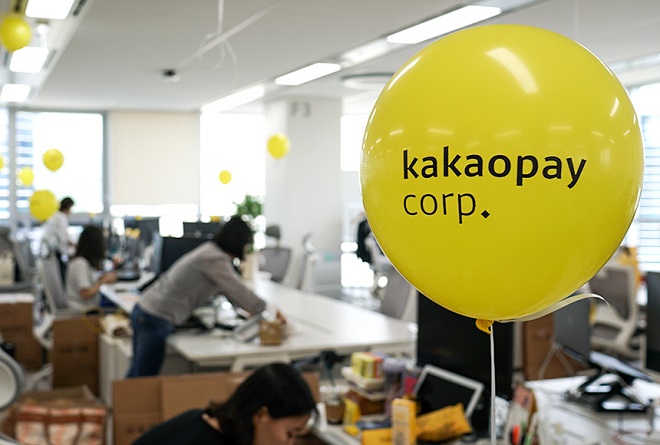 This undated file photo provided by Kakao Pay shows its headquarters in Pangyo, south of Seoul.

Against this backdrop, existing insurance companies are accelerating efforts to speed up their digitalization.

Hanwha General Insurance Co. introduced the industry’s first digital system that allows its customers to settle their claims and receive payments on a non-face-to-face basis without having to meet the company’s claims-handling staff.

This mood is well reflected in the New Year speeches delivered by the CEOs of most general insurance companies, who put a top priority on digitalization.

Kakao Pay, a mobile payment service integrated with KakaoTalk, is expected to expand its business coverage towards car insurance after building up accessibility through initial concentration on short-term and small amount insurance products.