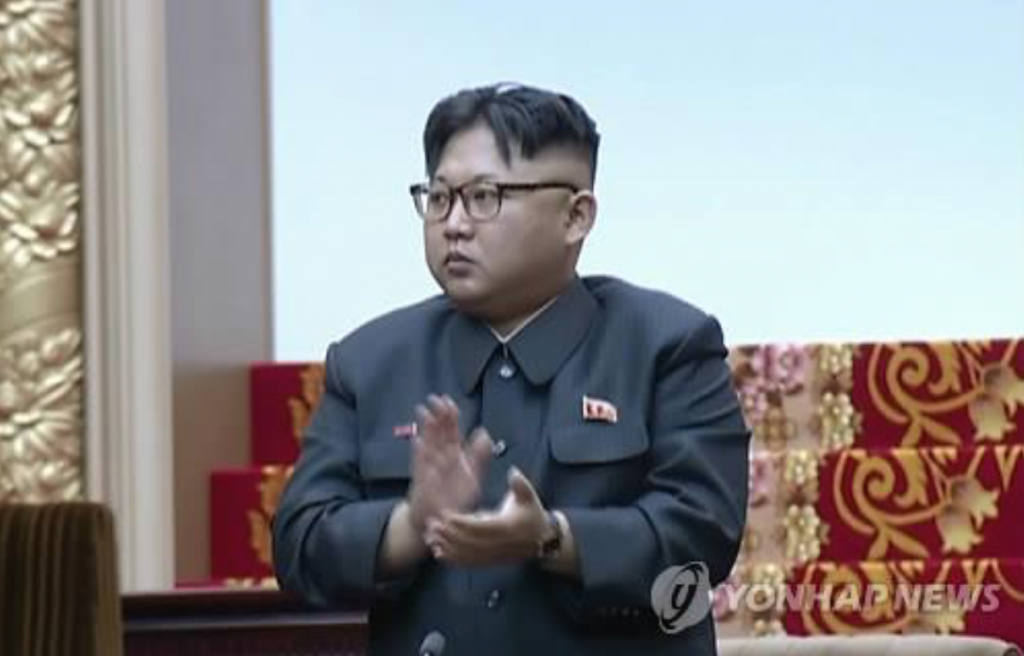 “The North’s leader completed the power structure change in the way he wanted,” the ministry handling inter-Korean affairs said. “In terms of the concentration of power, the new apparatus appears not to be far different from the NDC.” (image: Yonhap)

On Wednesday, the Supreme People’s Assembly, the country’s rubber-stamp parliament, selected the North’s leader as the chairman of the newly created state apparatus called the State Affairs Commission, a move aimed at further reasserting his one-man rule.

The new commission replaced the National Defense Commission (NDC), the main state organization under the regime of Kim Jong-il, who advocated a military first, or “songun,” policy. Kim Jong-il is the incumbent leader’s late father.

“The North’s leader completed the power structure change in the way he wanted,” the ministry handling inter-Korean affairs said. “In terms of the concentration of power, the new apparatus appears not to be far different from the NDC.”

The assembly was held as a follow-up to the congress by the Workers’ Party of Korea in May, where the North’s leader was elected to the post of party chairman.

The NDC mainly focused on defense and security-related affairs, but the role of the new commission was expanded to other sectors, including unification, diplomacy and the economy, the ministry said.

“The commission on state affairs is expected to serve as a key decision-making body under the guidance of the party’s bureau on political affairs,” it added.

Kim’s move to replace the NDC with the new organ appears to be aimed at stepping out of his late father’s shadow, analysts said.

The country’s founder Kim Il-sung was named North Korea’s “eternal president” in 1998 following his death in 1994. In 2012, Kim Jong-il was called “eternal chairman” of the NDC.

“The authority of the new institution’s chairman was strengthened to reassert Kim’s power as the supreme leader,” said Chang Yong-seok, a researcher at Seoul National University’s Institute for Peace and Unification Studies.

At the assembly, the country also decided to upgrade the Committee for the Peaceful Reunification of Korea, which handles inter-Korean affairs, to a state-level organization.

“The move appears to be aimed at strengthening its charm offensive toward South Korea,” the ministry said.

But Seoul has rejected the North’s dialogue offer as a propaganda ploy, saying that denuclearization steps should be prioritized as a precondition for dialogue.