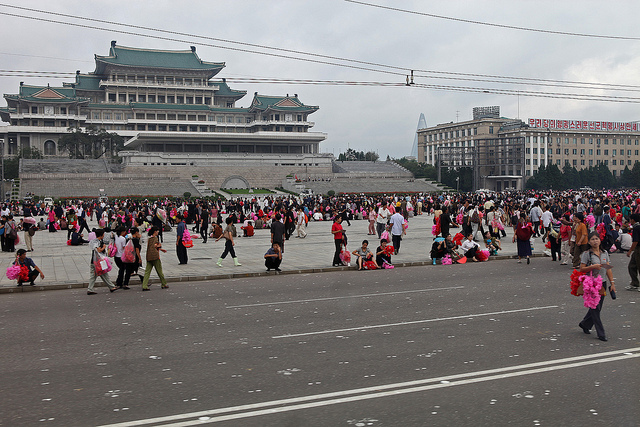 North Korean leader Kim Jong-un said that the “200-day campaign of loyalty” will be launched in a bid to implement the five-year strategy of economic development, which he unveiled at the congress of the Workers’ Party of Korea (WPK) in early May, according to the Korean Central News Agency (KCNA).

In February, the North launched the 70-day work-hard drive to prepare for the WPK’s congress, which served as a venue to help Kim reaffirm his one-man leadership. The earlier campaign mobilized a large number of people for construction and other projects.

South Korea said that the North’s new campaign is likely to start on Wednesday and continue into mid-December.

“North Korea is set to launch the 200-day battle not very long after it completed the campaign (to prepare for the party congress),” Jeong Joon-hee, spokesman at Seoul’s unification ministry, told a regular press briefing.

The KCNA reported that Kim’s remark was made during a visit to the construction site of a factory to produce oxygen for medical use outside Pyongyang, ordering the completion of its building by Sept. 9, the founding anniversary of North Korea.

Jeong said the communist country launched back-to-back dayslong campaigns of loyalty in 1988, 2009 and 2012.

In 2012, North Korea waged consecutively hard-work drives to prepare for the 100th anniversary to mark the April 15 birthday of the country’s founder Kim Il-sung, he said.